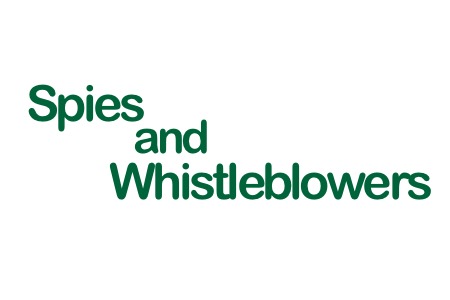 Trust me I am the Secretary of State for Foreign Affairs with oversight responsibility for those who monitor and intercept you e-mails, online chats, videos, photos and documents. Don’t worry I can assure you that whatever we do is proportionate, necessary and carefully targeted. If indeed you are not worried about what we, as government do, then you are a model citizen and have nothing to fear. In fact we might have to work harder because you pose a bit of a threat to the system because you appear indifferent. Our discourse of “war on terror” appears not to have had the desired effect on you. You should be afraid, in fact be very afraid and give us carte blanche to encroach on your freedoms. After all it is for your own security. There are those who wish to do us (the nation) and you (the citizen/subject) harm. We will protect you with a finely tuned balance between your diminishing individual privacy and the national interest.

As far as our agents are concerned their activities are subject to the tightest statutory controls and safeguards. We do admit that sometimes we are in a spot of bother concerning the way some of our operatives, who might we add are of the best public servants in the land and of the best intelligence agents in the world, have become over-zealous of late. They appear to sometimes rather liberally interpret the relevant provisions of the Security Services Act. Admittedly we have had to make substantial out-of-court settlements with some British and foreign nationals (the Libyan ones were rather uncomfortable). But generally we do obey the law (with a small “l”).  The Human Right Act, yes we do comply as far as is needed but we would like to get out of this human rights discourse. It makes it very difficult for us to do our work. We would prefer a regime where we can blatantly proclaim that rights are not universal but as we are a post-democratic, even neo-democratic state, we might as well just deny the rights of the few extremists as the majority of the population are fine with that line of going about our business.  Yes, we do keep our powers to investigate within the limits of the Regulation of Investigatory Powers Act. Trust me I used to wear a baseball cap and I did not look cool.

Trust me, our intelligence operatives are subject to ministerial oversight. Do not hold my rather hawkish views on rights of those who want to do us harm. You  might say that the emperor does not have clothes but I do protest that I wear my post-democratic rags a bit shabbily. The Intelligence and Security Committee meets regularly, every few weeks a sub-committee meets. The Prime Minister and I chair some of the sub-committee meetings. You are free to read the reports of the Intelligence and Security Committee. I must add that it does not say much about the difficulties of drawing the line between privacy/civil liberties/human rights and national security. In fact, since the committee is made up of Parliamentarians we do sometimes play loose and fast with right and wrong. Our recent history is shocking but trust us. We took the country into Iraq and we might take you to Syria and Iran. When Israel, the Saudis and Bahrainis acts robustly  we have to provide political cover for them.

Trust me, I know it is hard but there is no alternative. There are people who want to do us harm. We foil attempts every day. However, the details have to be classified and secret. We cannot talk about them for that might compromise our sources.  You might find the continued erosion of your privacy hard to swallow but accept that national security comes first. Your freedoms are secondary and privileged. Now some of you know that yes we might seem like a security state, even totalitarian. But the supermarkets have more intelligence on you than we have. The leading search engine has algorithms that we could only dream about. So we do a bit of arm-twisting here and there. They give us access with a bit of a wink-wink and we give them corporation tax breaks. That way we get the information and they keep their shareholders happy. There you have it, my job is to secure the 1%.

I will be happy to refuse to really answer any serious questions that the Honourable Members of the House might wish to pose. The said members do know that awkward questions can indeed compromise national security. There is not 100% freedom but we must know that those who wish to do us harm have to be right only once (in order to cause harm) whilst we have to be right enough to stop them all the time. Some of these people as clumsy as they might arrive late for their own shows and then a road tax violation can lead to twenty years in prison. Trust me, I am the Honourable Secretary of State.

Moosa Arendt is a grassroots social movements activist and writer, who has lived on four continents.