Sudan: Submission of UN UPR to the Eleventh Session of the Human Rights Council 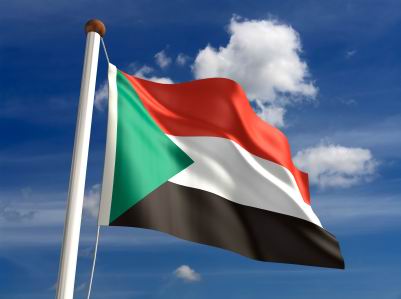 IHRC has regularly raised its concerns with the authorities for incommunicado and arbitrary detention. Four members of the opposition Popular Congress party (PCP) and senior journalists in the suspended Rai Al-Shaab newspaper were arrested and tortured at the State Security offices in Khartoum, Sudan.Abu Zar Alamin, Deputy Director of the suspended Rai Al-Shaab newspaper, confirmed that he was subjected to physical torture, including beatings and electric shocks. IHRC requested the Sudanese government to respect Freedom of Expression protected in international law and to investigate the allegations of torture and insures that the detainees have a right to a fair trail. IHRC appealed to the Sudanese government to allow the detainees to receive medical treatment and also to have their families visiting rights.

Promotion and protection of human rights on the ground

IHRC was one of the rare organizations who had a clear insight regarding the gravity of the situation. In its stern opposition to dreadful situation of Darfurians; IHRC considered the ongoing mass killing as ‘genocide’ and embarked upon various campaigns to stop the violence and bring the perpetrators of the genocide before justice. In an unprecedented attempt, IHRC led an important campaign to wake up the Muslim world. In March 2008, IHRC mobilized more than 20 Muslim NGOs from countries as diverse as Britain, Pakistan, Germany, Malaysia, Iran, Turkey, USA, Australia and Bahrain to urge Arab League to act on Darfur. A joint letter signed by the NGOs was delivered to Arab League Secretary General Amr Musa, during an Arab League Foreign Ministers meeting in Damascus. The letter criticized the Muslims world’s phlegmatic position in the conflict: ‘The crisis has cost the lives of at least 200,000 Muslims yet has not captured the attention of the Muslim world in the way it should… ’ And urged Arab league to take an active role to cease the violence in Darfur and involve in the humanitarian operation.The letter included, ‘The suffering in Darfur is on a scale few of us can imagine. It is the duty of all of us, from whatever background, wherever we are, to do what we can to alleviate it, and we urge the Arab League to show good leadership in this… It is now time to speak with one voice, to help the needy, protect the weak, stop the killings and build a new peace.’

There is still more to be done to ease the sufferings of the Muslims being oppressed in Darfur as well as bringing the perpetrators to justice. Likewise, there is a discourse amongst the radical left in Africa who see Darfur as a front in the cold-war between China and the USA. As such they see the support of the USA as imperialistic and concerned with securing access to Darfur’s rich mineral and oil wealth. Despite their otherwise impeccable credentials with regard to social justice movements, this factor has caused them to side with Khartoum to the extent that they doubt the Darfurian narrative of genocide in some cases. The Sudanese government needs to take more action in resolving the social tensions between the tribes in Darfur. Furthermore, in an increasingly globalised world, it is the duty of radical and progressive movements world-wide from Muslim and non-Muslim quarters to create the arenas for real justice to be pursued.

1. The Sudanese government must take more positive action in dealing with the conflict in Darfur.

2. It is the duty of all Human Rights organisations to create awareness on the issue in Darfur.

3. All torture and other ill-treatment must cease and bring the perpetrators to justice in accordance with the international standards of a fair trial.

4. The authorities must take measures to ensure that the constitution and constitutional guarantees for protection and promotion of human rights are not arbitrarily set aside.