Home
Uncategorized
This is not a coup 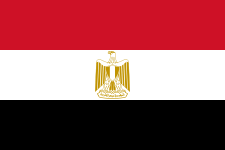 A general with medals makes the announcement that the elected President has been replaced. Is it a coup?

Of course it cannot be a coup. It happened before midnight. That is crucial. Coups happen in the middle of the night. This replacement event happened when the sun had set admittedly but, it was before midnight.

Moreover the military acted only after the people could no longer tolerate the incompetence of the previous President. It is quite interesting that the military acts in response to the unexpressed hopes of the people. Did the people not say that the People and the Military are no longer one? Yes, we agree but that was a while ago. We are where we are.

Could we just talk a bit more about the people? Who are the people? Why does that matter? It should be obvious that the people are the 22 million who signed the petition. That seems a lot of people. Has that number been audited? No we did not go that far, we took it on face value. That is strange when the erstwhile President was voted into office in a free and fair election. Yes, but the people were cheated by whom? I do not know, but the Ikhwan arrived late in the struggle to oust Mubarak? How late, was it a few months or years? No it was a few days. Did the Ikhwan not bear the brunt of the defences of Tahrir square when it was attacked? Yes, but.. they stole the revolution.

By the way, it seems as if the Ikhwan supporters are also on the street. Yes, that might be true but their numbers are inflated by their analysts. Also we have decided that they no longer are of the people.

If we move on because it appears that we have to agree to disagree. How can one be a liberal and sophisticated, western oriented and educated democrat and agree with the ousting of the first elected civilian President by an authoritarian junta? Careful, the military was not alone, They were flanked by the heads of the Muslim faith and the Christian faith. In fact they were also supported by a liberal party and an Islamist party? That is strange. Did you not earlier express your discomfort with the prominent role of the Muslim Pope in Egypt in the Morsi policy-making? Yes, but that was yesterday. We are where we are. What matters is that the Muslim Pope of Egypt supports the army. That Muslim party, did its members have any political role in the struggle against Mubarak? Did any of their members spend time in prison or exile? In fact, did they not regard Mubarak as a Muslim ruler and that it was sinful to rise up against a Muslim ruler? Moreover, was Morsi not a Muslim ruler? Did al-Noor Party not say that they do not belive in the inter-mingling of males and females? I agree that they have no record of political struggle and they would not even mix the sexes on their electoral list. They are indeed odd. They decided to put women on the electoral list in order to gain as many votes as possible but put the women at the bottom of their list with a niqab between the men and women. Be that as it may, they are allies and we have to keep them on-board. Have they clarified the sources of their funding? What did you say was their position on relations with Israel?

Yes Morsi won the election. He behaved as if he won by a landslide. He is lucky that only half of the electorate bothered to vote the last time. It seems as if Morsi takes the blame for those who did not care to turn up the last time? Yes, but the people are on the streets now? The people? Are the Ikhwan part of the people?

The mistake the Ikhwan made was they promised not to have a presidential candidate and they broke their word. I agree the Ikhwan chose to sleep with the enemy. They and the military had a bit of a one-night stand against April 6 and now the tables have turned. In politics there are no permanent friends or enemies. Only my interests, brother.

Morsi was elected. I know but he was uncharismatic. The people, those who had bothered to vote, knew that he was not a first-choice for even his own party. I know but that is just by the way. He was incompetent. I am unsure about that moreover I reiterate that he was elected.

The problem lies with the Ikhwan agenda. They wanted to Islamise the country. Egypt is too advanced for that? Really, the very advanced people tolerated a military dictatorship by Mubarak for almost three decades. In fact the very sophisticated people are tolerating the military dominance of at least 40% of the Egyptian economy. Are you, suggesting that Morsi was ousted because the army was losing their shirts in the market-place? It is hard to say but …

Morsi did not do anything politically and economically. That is strange. Did the judges not dissolve the lower house of Parliament? And the Constituent Assembly? It seems as if the original revolution failed to deal with the unreformed Mubarak-era judges. He tried to reach out to the secularists and they refused and then they accused Morsi of failing to run a government of national unity. It seems as if the military and judiciary broke his legs and then we accuse him of not running in the Olympics.

What about the USA? Well they do not have problems with coups. Remember Algeria 1996, Palestine 2006, Honduras 2009, Equador 2010 and Paraguay 2010. Egypt 2013 is not a problem. Look it is simple. In English they say something like this: “He who pays the piper calls the tune”. The USA gives the Egyptian military about £1.5 billion per annum. The Egyptian military controls about 40% of the economy. It is simple. The USA was not getting the necessary returns. Moreover Morsi could not keep the Sinai safe. The military base to the north was under threat. Morsi had to go.

Let us read a dua and God Save Egypt and Bless the Egyptian People who ousted Morsi.

The Ikwan in response God Save Egypt and Curse the people who ousted Morsi.

We are where we are. By the way has anyone seen Morsi? Yes, he is tied  up in the bed next to Mubarak. Morsi is the one without the sunglasses.