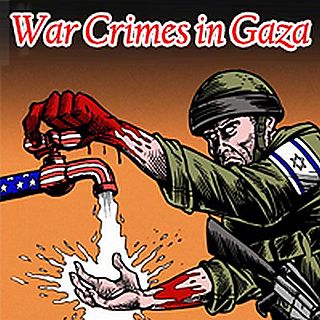 The hypocrisy and double-standard practiced by the United States in dealing with Israel’s blatant violations of international law and human rights was again exposed during the special session of the Human Rights Council earlier this month to discuss the Report of the United Nations Fact Finding Mission on the Gaza Conflict (Goldstone Report).

The resolution, welcoming the Goldstone report and endorsing its recommendations, was supported only by Russia and a large majority of the member states from Afro-Asia and Latin-America. The United States and the European Union member states; Hungary, Italy, Netherlands and Slovakia, opposed it.

In his statement to the Council, the US representative Douglas M.Griffiths claimed that Israel launched the attack on Gaza lawfully after Israeli civilians came under sustained rocket attacks by Hamas, in violation of international human rights and humanitarian law.  He also criticised the Goldstone Report for not addressing the question of Israel’s right to self-defence in the face of Hamas’s attacks in a manner consistent with international law.

These allegations are patently untrue and a red herring to divert attention from the refusal by the US and some European Union member states to make Israel accountable for its war crimes, and crimes against humanity, disclosed in the Goldstone Report. The Report recognises Israel’s right to self-defence against the rocket attacks but there is irrefutable evidence that Hamas did not provoke Israel’s invasion of Gaza which was, in fact, intended to crush it and to punish the people of Gaza for supporting it.

Hamas resorted to firing rockets only after Israel imposed an economic blockade on Gaza to punish the people for electing Hamas to form the government, in the most free and fair elections held in the Arab world. However, from June 2008, pursuant to the ceasefire brokered by Egypt, Hamas stopped firing rockets at Israel and tried to prevent groups opposed to the ceasefire from breaking it. Consequently, the number of rockets and mortars fired each month dropped from 413 during January to June, 2008 to one rocket and one mortar in October 2008. The ceasefire brought calm and peace to Israel’s border towns.

“The cessation of the intensive fighting which had been going on before the lull has allowed the residents of Sderot and of western Negev population centers, as well as Gaza Strip residents, to return to normal life… Publicly, Hamas leaders have stated time and again that the lull is a Palestinian national interest. On several occasions, Hamas members have arrested Fatah operatives who were involved in firing at Israel and confiscated their arms.”

Also, Hamas repeatedly offered to extend the ceasefire indefinitely provided Israel lifted the unlawful blockade of Gaza but Israel disregarded it and chose the path of war and violence to dismantle Hamas.  On November 4, 2008, when the US was busy with the presidential elections, Israel broke the ceasefire by sending its army into Gaza and killing six Hamas members. In response, Hamas resumed firing rockets and mortars at Israel. Between November and December Israeli forces invaded Gaza ten times killing dozens of Palestinians. No Israelis were killed during this period.

“Defence Minister Ehud Barak addressed the current situation in the region, saying ‘the recent waves of rocket attacks are a result of our operations, which have resulted in the killing of 20 Hamas gunmen’.”

Thus, the claim that, in launching the war on Gaza, Israel was acting in self-defence has been proved to be a Big Lie.

After a thorough investigation and rigorous analysis of the facts, the UN Fact Finding Mission has concluded that the Israeli forces in Gaza had committed serious breaches of the Fourth Geneva Convention – wilful killing, torture or inhuman treatment; wilfully causing great suffering or serious injury to body or health; and extensive destruction of property, not justified by military necessity and carried out unlawfully and wantonly. They had also used Palestinians as human shields which constitutes a war crime under the Rome Statute of the International Criminal Court.

The Mission further found that the series of acts that deprive Palestinians in the Gaza Strip of their means of subsistence, employment, housing and water, that deny their freedom of movement and their right to leave and enter their own country, that limit their right to access a court of law and an effective remedy, could lead a competent court to find that the crime of persecution, a crime against humanity, has been committed.

These are serious crimes under international law which require the international community to prosecute and punish the perpetrators. In his speech to the UN General Assembly on September 23, 2009, President Barrack Hussein Obama declared: “The world must stand together. We must demonstrate that international law is not an empty promise.”  Less than one month later, his administration, by voting against the endorsement of the Goldstone Report in the Human Rights Council, has demonstrated to the Palestinians, the Muslims, and the people of the world that international law is, indeed, an empty promise for the victims of colonialism and occupation.

In his Cairo Speech to the Muslim world in June this year, while discussing the sufferings and humiliations experienced by the Palestinians for over 60 years, he promised that the US will not turn its back on the legitimate Palestinian aspiration for dignity, opportunity, and a state of their own, and that it does not accept the legitimacy of continued Israeli settlements.

Sadly, the US has turned its back on the aspirations of the Palestinians for justice, peace, an end to occupation and freedom. Settlement-building in the West Bank and East Jerusalem is still continuing. Palestinians in East Jerusalem are being evicted from their homes as part of Israel’s ethnic cleansing project.

The continuing blockade of Gaza is causing immense hardship for its people. Israel has imposed severe restrictions on the import of goods and services including food and medicine. People are living in tents because essential building material are not allowed in, preventing the reconstruction of the homes destroyed by the Israeli forces. The blockade constitutes collective punishment against the residents in Gaza, prohibited by international law, and yet the international community has done nothing to force Israel to lift it.

By protecting Israel from being made accountable for its violation of international law and UN resolutions, the US and some EU member states are encouraging Israel to continue with its roguish behaviour towards, and oppression of, the Palestinians. Richard Goldstone, the chairman of the UN Mission, has warned that a culture of impunity in the region has existed for too long. He said:

“The lack of accountability for war crimes and possible crimes against humanity has reached a crisis point; the ongoing lack of justice is undermining any hope for a successful peace process and reinforcing an environment that fosters violence. Time and again, experience has taught us that overlooking justice only leads to increased conflict and violence.”

“…the international community must confront the realities highlighted in this report and that by doing so find a meaningful basis for the pursuit of peace and security for all the people of the region. Only in that way will the human dignity and security of these people be realised.”

The US and the EU should heed his advice if they believe in pursuing peace and security for all the people of the region.

There is still an opportunity for President Obama to honour his promises and to redeem himself and the image of his country. When the Goldstone Report comes before the Security Council, he should instruct his representative not to veto any resolution referring the Report’s recommendations to the International Criminal Court for investigation and necessary action.

President Obama should remind himself of what the US Supreme Court Judge Robert Jackson submitted during the Nuremberg Trials:

“If we can cultivate in the world the idea that aggressive war-making is the way to the prisoner’s dock rather than the way to honors, we will have accomplished something toward making the peace more secure.”

The war criminals responsible for the aggression against Gaza, the massacre of over a thousand civilians including women and children, and the wanton destruction of basic amenities should be in the prisoners’ docks and not honoured in the White House if the US is serious about promoting peace with justice in the Middle East.

Note: The writer is Chairman of Citizens International, which is a global initiative to foster awareness, activism and advocacy on issues that are central to the stability and wellbeing of humanity at the beginning of the 21st century. He can be contacted at cizs@streamy.com.