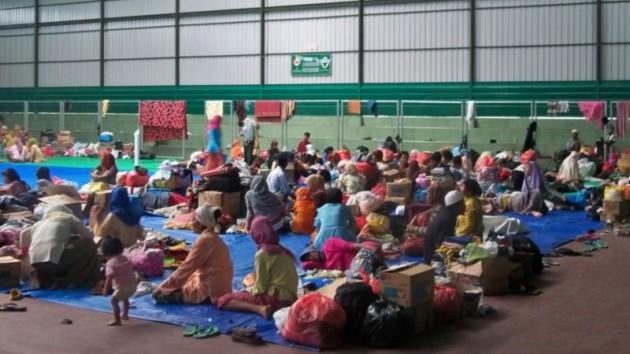 In January 2013, IHRC led an international Universal Justice Network (UJN) delegation to Sampang, Indonesia. Following IHRC’s extensive discussions with governmental, civil society and religious groups in Indonesia, as well as refugees victim to the attacks in Sampang, the government was pressured into reinstating food and water supplies in the Sampang Sports Complex where 274 individuals are currently refugees.

On 29 December 2011, Shia schools, institutions and individuals in Sampang were attacked, leaving the Shia community no choice but to find a safe haven elsewhere.

275 men, women and children refugees at the Sampang sports complex were initially relying on charities to provide basic food supplies. However, this was soon cut off as the government declared the emergency period over, after just three months. The situation became increasingly threatening after Hashim Hamama, 45, was brutally murdered with a Machete piercing his chest.

IHRC met a number of governmental bodies and religious groups, and conducted extensive research to understand the situation first-hand. The report detailing the findings will be released within the next few weeks.

IHRC’s campaign efforts in Indonesia are ongoing. Further efforts will be made to ensure all refugees are safely returned to their homes, and that the perpetrators of these crimes are brought to justice.

Watch the video report of the IHRC’s observations in Sampang: http://www.youtube.com/watch?v=a_qTCvRJYuI