War With Iran? US Neocons Aim to Repeat Chalabi-Style Swindle 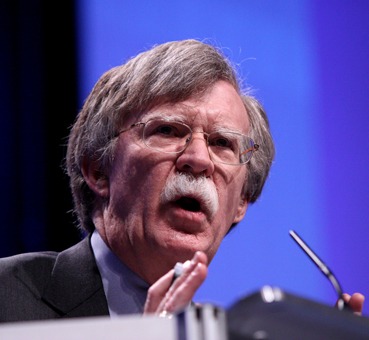 In 1991, Iraqi exiles set up the Iraq National Congress (INC) with funding from the CIA. Under the leadership of Ahmad Chalabi, and flush with tens of millions dollars in US government funding, the INC allied itself with the neoconservatives in Washington and unceasingly beat the drums of war, presenting itself as the popular democratic alternative to Saddam Hussein and feeding faulty intelligence to an eager media and Bush administration. Eventually, they succeeded in dragging the United States into disastrous war that cost Americans and Iraqis their lives and caused incalculable damage to American prestige and power.

Now, history may be repeating itself.

A segment of our political establishment that is chafing at the bit for a military attack on Iran has found their INC, in the form of the Mujahedin-e-Khalq Organization (also known as the MEK, or MKO), a radical Islamic terrorist group with Iranian roots that has been designated a terrorist organization since the State Department created the Foreign Terrorist Organization list in 1997.

Appearing before the House Foreign Affairs Committee on June 24, John Bolton, the former ambassador to the UN under President Bush, reiterated his calls for military action against Iran and openly expressed his support for the MEK. Weeks later, former Bush attorney general Michael Mukasey appeared before the Oversight and Investigation Subcommittee and called for the US to delist the MEK. Mukasey was even photographed prior to the hearing  receiving counsel from the leadership of the National Council of Resistance of Iran, the MEK’s political wing, which is also designated as a terrorist organization.

Bolton and Mukasey are not alone in their avowed public support for this known terrorist group. They have been joined by a number of former senior Bush administration officials, other hawks and advocates of the whatever-it-takes war on terror – luminaries such as Rudy Giuliani, former CIA director James Woolsey, and former head of Homeland Security Tom Ridge, as well as a number of Republican and Democratic legislators.

Why would some of the most vocal advocates for prosecuting the war on terror now take an Islamic terrorist group under its wing and persistently lobby the State Department and the US Congress to have the group removed from terrorist list? Simply put, they say the enemy of the enemy is our friend. Maryam Rajavi, the MEK leader and self-proclaimed president of Iran, is their new Chalabi.

The MEK is an Islamic radical organization that was formed in the 1960’s as an urban guerilla movement against the shah of Iran. During the 1970’s, the group targeted and successfully killed US military personnel and American civilians based in Iran. It played a major role in the overthrow of the shah in 1979, eventually fell out with the Khomeini regime and fled to Iraq. There, they regrouped under the patronage of Hussein, and fought alongside him against Iran in the Iran-Iraq war. As documented by the CIA, the MEK was later used by a beleaguered Hussein to crush the Kurdish rebellion that came immediately after Iraq’s defeat in the Persian Gulf war. Following Hussein’s ouster, the Iraqi government has been working to try to expel the reviled group from Iraq.

Over the course of the last two decades, a well-funded MEK has developed a powerful propaganda machine that has sought to depict the group as a formidable military force, as well as the genuine democratic representative of the Iranian people. These claims have been proven to be groundless. The naked reality is that the MEK are neither a force nor a democratic representative of Iranians, but simply a well-funded militaristic cult with shadowy leaders. They are widely despised by Iranians for having betrayed Iran by siding with Hussein. These facts have been extensively documented, as can be seen in a recently released FBI report  that presents evidence of ongoing terrorist activities by the MEK.

Despite their claims to the contrary, the MEK had no role in the popular uprising of June 2009. The leaders of the Green Movement, the Iranian democratic movement, have nothing to do with this traitorous cult. In fact, the MEK claim to a role has helped enable the Islamic regime to tar the whole Green movement with a treasonous label.

Pressure to remove the MEK from the State Department’s Foreign Terrorist Organizations list is a cynical ploy by the neocons that can have only negative consequences for both the United States and Iran. It would allow an Islamic radical terrorist group to operate freely in the United States and eventually get funded by the US taxpayer, courtesy of a clueless Congress. The proponents of war with Iran simply want another INC, and another Chalabi, to promote and start a military conflict with Iran. This country does not need another war, and we need not make that mistake once again.

Instead of legitimizing the MEK, we call on the law-enforcement agencies to investigate the illegal activities of this group, their funding and their allies. After all, they are still on the US State Department terrorist list. So, why are they allowed to lobby our lawmakers in the Senate and the House? The FBI should treat the MEK like all others terror-listed groups, and help protect the American people from these terrorists in our midst – and from another attempt to hijack the country and steer us into a disastrous war of choice.