Home
Reports and Books
What's Going on Here? US Experiences of Islamophobia between Obama and Trump 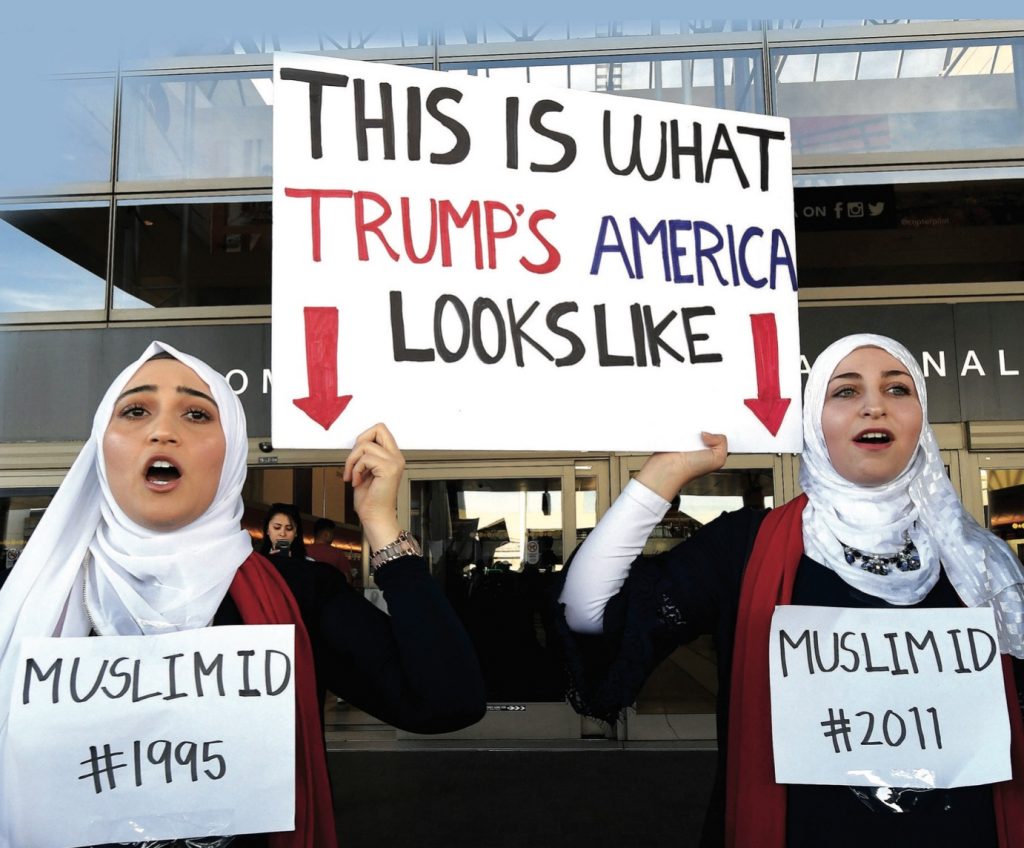 IHRC’s follow up research on the experiences of Muslims in the USA was published in June 2020. To order visit the IHRC Bookshop & Gallery page here. For trade orders please email shop[AT]ihrc.org.

This book is currently on offer. Get the paperback and PDF for £14 here, to coincide with the premiere of the video interview with Saeed A. Khan.

Order the paperback or PDF here.

Saied R. Ameli is joined by Saeed A. Khan to overview and analyse Islamophobia and the experiences of Muslims in the USA. Using Ameli’s Domination Hate Model of Intercultural Relations (DHMIR) the authors look at developments from the end of the Obama regime to the current Trump administration setting them within the long view of the establishment of the USA.

Following on from the survey findings in California in 2011-12, this book utilises original survey material from Chicagoland in 2014-15.

Listen to a short interview with Saeed A. Khan about the book, the place of Muslims in the list of communities that found themselves the target of the state, and the relevance of the book to the current moment in the USA with the uprising against systemic racism [page continues below interview].

Watch a conversation about the book and the issue of Islamophobia in the context of wider justice issues in the US in the run up to the US Presidential elections of 2020 below, witH Saeed A. Khan.

Saeed A. Khan is is Senior Lecturer Near East & Asian and Global Studies at Wayne State University, as well as Research Fellow at its Center for the Study of Citizenship and Honorary Fellow at Australian Catholic University. He is also Cofounder and Senior Fellow at the Institute for Social Policy & Understanding. He is a regular panelist on the Canadian Broadcasting Corporation’s Turning Point, as well as a regular contributor to news outlets like the BBC, Veja, Quartz and Time Magazine.

“Islamophobia is as American as cherry pie. It is an extension of America’s original sin of chattel slavery of Africans, many who were Muslims that were threatened with physical violence if they dared to openly practise their faith. The racialization of Islam and Muslims in America has continued from this starting point and expanded in conjunction with specific political events, irrespective of liberals or conservatives being in control of the Oval Office, Congress or the US Supreme Court.

“What’s Going on Here: US Experiences of Islamophobia Between Obama and Trump provides a concise historical perspective which clearly illustrates the trajectory of discrimination and hate crimes that Muslims are subjected to. By focusing on Metro Detroit and Chicagoland, two of the densest concentrations of Muslims in America, this important work sums up the history and contemporary problem of Islamophobia within the American context while also providing tangible policy proposals to help remedy this old yet expanded social ill woven into the fabric of this country.”

“They take a approach that combines an analysis of both islamophobia and the struggle against it. A typical example is the case of Keith Ellison from Minnesota. The first Muslim to be elected to the United States Congress he took his oath of office holding the Qur’an of American founding father and third President Thomas Jefferson. Ellison is a African-American and part of a historical tradition of Muslims who were kidnapped in Africa and transported to the America. An estimated 20% of the enslaved Africans were Muslims. Conservative whites accused Ellison for being a stealth Islamist who planned to implement sharia law once seated in Congress. They contended that Ellison’s oath was invalid as the Qur’an was not the Bible and thus voidable and meaningless declaration…”

Listen to Saeed Khan discuss the book and the history of Muslims in the USA and the need to change narratives on Radio Islam International here.