Home
Uncategorized
Guantanamo remains a blot on the human conscience 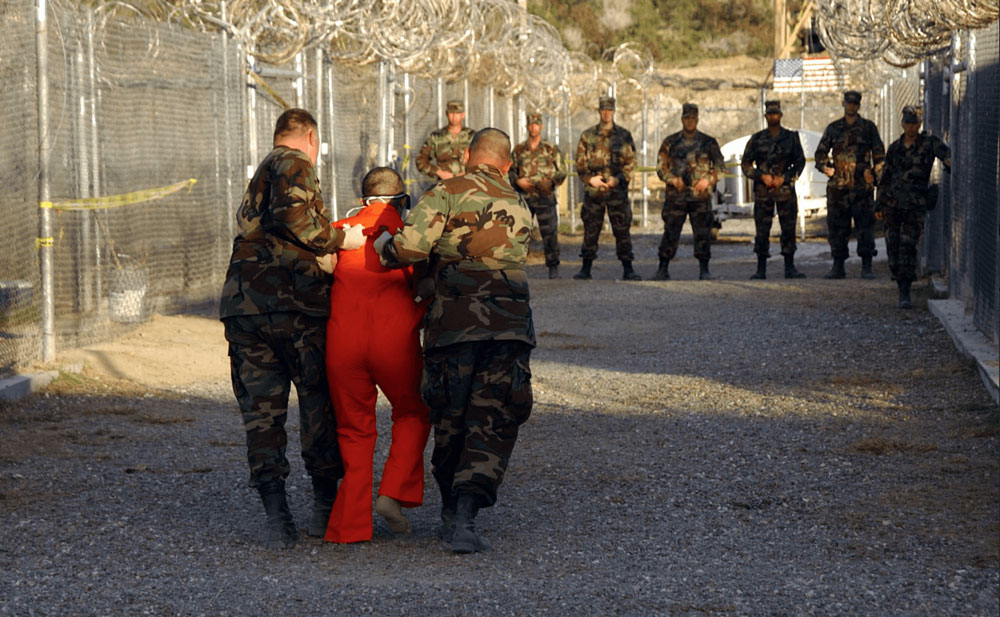 [First published 10 January 2019, edited and updated 12 January 2020] 11 January marks the anniversary of the confinement of the first detainees at the notorious Guantanamo Bay detention facility in the US. The internment camp was established by President George W. Bush shortly after the September 11, 2001 attacks on the United States as part of his country’s “War on Terror”. Since then Guantanamo has become a byword for torture, rendition and indefinite detention without charge or trial. Guantanamo once held more than 650 Muslim men; today, some 40 still remain, nicknamed “forever prisoners”. Nine detainees have died at Guantanamo, including seven from apparent suicide. Despite a pledge by President Obama to close the facility it remains open. In January 2018 President Trump signed an executive order to keep the camp open indefinitely.

Guantanamo is often understood by both its supporters and detractors as something that impacts a discrete group of men from a certain background. IHRC and many analysts contend that on the contrary, Guantanamo symbolises deep structural issues about the modern world, how it works, and what potential futures for oppressed and marginalised people can be.

In short Guantanmo is an overt symbol of the racisms that underpin the world order in the current moment. Understanding that is essential for all campaigners for justice.

Here follows a series of IHRC resources overviewing these arguments. Please take some time to watch, read and listen. For archived campaign material from this site, please search #Guantanamo in this site’s search engine. For other Guantanamo campaign material please visit the Cage website.

Q&A on the film Zone of Non-Being: Guantanamo

Q&A with the film’s producer and some of the contributors.

This argues that detention on Guantanamo Bay is not an exceptional act but part of a long history of racism and colonialism that can be traced back to 1492.

The issue of Guatanamisation of different arenas appears throughout this book ‘The New Colonialism: The American Model of Human Rights‘. Please visit the IHRC Bookshop & Gallery for more titles.