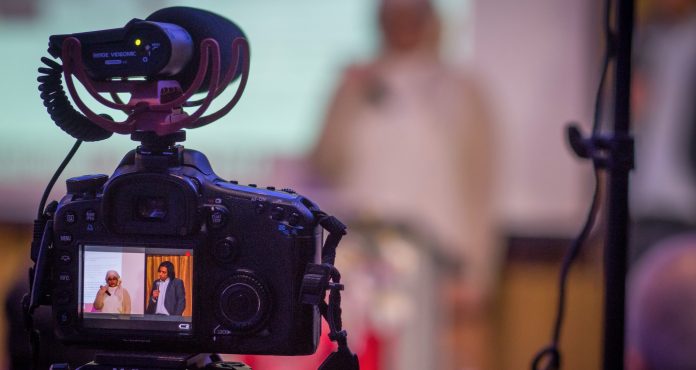 27 August 2019 – Here are a few highlights of recent activities at IHRC and also what’s coming down the track.

As ever please remember us in your prayers and consider giving us a donation using any of the methods listed on our website or by contacting us on info[at]ihrc.org..

The second issue of the Long View, our new journal exploring current affairs in greater depth, went live in June with contributions from Dr. Myriam Francois and Professor Ian Almond.

The theme of our place as Muslims within the wider national story is the thread that binds together three of the four articles in Issue 2.

In May we submitted a report to the Human Rights Council of United Nations for the Universal Periodic Review (UPR) of Saudi Arabia scheduled for Oct/Nov 2019. The UPR is a review of the human rights records of all UN Member States which takes place every 5-6 years. It provides an opportunity for each member state of the UN to declare what actions they have taken to improve the human rights situations in their countries and to fulfil their human rights obligations. NGO’s are also allowed to contribute to the review.

Pursuant to the 2013 UPR concerns persist about Saudi Arabia’s continued violations of human rights. IHRC’s submission can be read here.

Following the decision by the Indian government to revoke the special status of occupied Kashmir we have updated the list of resources on our website for campaigners and those interested in getting a better insight into the troubles there.

The campaign page includes latest actions, press releases, background resources, events and other ways you can join in the campaign for justice for Kashmir.

IHRC considers the latest Indian move to be another expression of Hindutva nationalism and a sop to its proponents who have inexorably dragged the country down the path of religious exclusivism since the rise to power of the BJP. It will further institutionalise the persecution of Kashmir’s Muslim inhabitants and also set back peace efforts.

Given the record of the BJP in favouring Hindus and discriminating against India’s religious minorities there is every reason to fear that the decision will mark the first step in trying to alter the region’s demographic balance by settling Hindus in the region. The BJP has made no secret of its desire to settle scores of Hindus in the Kashmir Valley to reduce its 97% Muslim majority. Critics condemned earlier proposals which involved building heavily fortified colonies for Hindus resembled Israeli settlements in the occupied Palestinian territories.

We also have video and audio resources on the website here, and other background and action pages accessible via the Campaign page above.

IHRC intensified efforts to apply pressure on China to end its persecution of the Muslim Uighur minority in Xinjiang province.  There has been a long history of mistreatment and persecution of the Uighurs, including the eradication of culture and heritage, religious persecution, mass transfers of populations in and out of Xinjiang and political suppression. Over the last few years China has interned millions of Uighurs in what it calls “re-education camps” where they are subjected to a systematic indoctrination campaign to erase their religious and cultural identity. IHRC sent researchers this year to Turkey where many Uighurs are in exile in order to assess the veracity of the horrific reports coming out of China.

In the meantime, we have asked people to write to the governments of Muslim countries that have key or growing economic ties with China to make clear to them that the economic reasoning behind these ties cannot take precedence over the lives of millions of people.

A panel event on the issue was held earlier in August and the video of the event will be live soon.

Following the crackdown on political, particularly Muslim, activists over civil unrest sparked by the killing of a regional government official in July 2018, IHRC continued to raise awareness of the human rights abuses taking place in Azerbaijan.

IHRC is gravely concerned about the deteriorating human rights situation in the country after bloody riots erupted in the country’s second largest city, Genje. The unrest was triggered by graphic images posted on social media showing horrific injuries sustained by Yunis Safarov, a Russian national who was tortured after being arrested for the attempted murder of the city’s governor and his bodyguard.

Protestors’ grievances included the failure to see benefits of Azerbaijan’s petroleum wealth trickle down to its citizens and the regime adopting an iron-fist approach against political opponents. Several well-known political activists have been killed by security forces in the recent regime crackdown.

We will continue to monitor the situation closely.

The campaign to free Sheikh Ibrahim el-Zakzaky went into overdrive in June following the publication of medical reports showing potentially fatal levels of lead toxicity in his body sustained from shrapnel from bullets that were used to shoot him during the army assault on the Islamic Movement of Nigeria in 2015.

Efforts centred on ramping up public and political pressure aimed at trying to release the sheikh and his wife so they could both receive urgent medical treatment outside Nigeria seemed to bear fruit in August when they were flown to India. However, the visit proved to be short-lived when it became clear that Indian authorities were not so much intending to treat Sheikh Zakzaky but to conspire with the Nigerian government in continuing his ordeal.

In this interview with Radio France International, IHRC chair Massoud Shadjareh explains the reasons his visit was cut short.

IHRC has organised protests and sit-ins in the UK and has also supported dozens of demonstrations all over the world. At the same time we have kept a close watch on events inside Nigeria where growing protests have resulted in more violence and abuses perpetrated against the sheikh’s supporters.

The sheikh was the subject of a recent Friday sermon by Imam al-Asi in Washington, USA in which the imam contextualised the persecution of Sheikh Zakzaky and exposed the real reasons behind the sectarian campaign being waged against him. The audio is available here.

Eight years ago, black, immigrant and working class youth rose up across England in what was called the ‘riots’ of August 2011. Sukant Chandan made this documentary on the troubles. A Q&A with him which took place at the IHRC Bookshop & Gallery, is also available to view at the bottom of the page.

On 23 January 2019, the U.S backed Venezuelan opposition leader Juan Guaidó, declared himself the Interim President of Venezuela, much to the dismay of many Venezuelans and the elected President Nicolás Maduro. Journalist Ahmed Kaballo travelled to Venezuela on 8 February to see what was happening in the resource-rich Latin American state. He stayed there for over six weeks. During that time there were many attempts to topple the elected government of Nicolas Maduro, all of which failed. This documentary shows how the U.S tried and failed in its regime-change operation in Venezuela and explores the reasons why so many Venezuelans continued to back their elected government.

On 28 August we will have the pleasure of hosting Katy Sian to discuss her new book, Navigating Institutional Racism in British Universities.

It is a timely look at the racial dynamics of a higher education landscape that has come under increasing pressure in recent years from the racialised discourse of the anti-terrorism agenda.

On October 19 we will be holding a screening of the music documentary The Uprising, by musician and activist Pravini Baboeram, which tells the story of resistance against racism in Europe.

This documentary zooms in on collective challenges of communities of colour. In 9 self-written songs Pravini connects the fight against Blackface, the struggle for the recognition of colonial crimes that the Netherlands has committed in Indonesia, the fight for the liberation of Palestine and the struggle in the political field for an inclusive society. “The Uprising” offers a unique view of the resistance against racism in Europe through the eyes of people of colour.