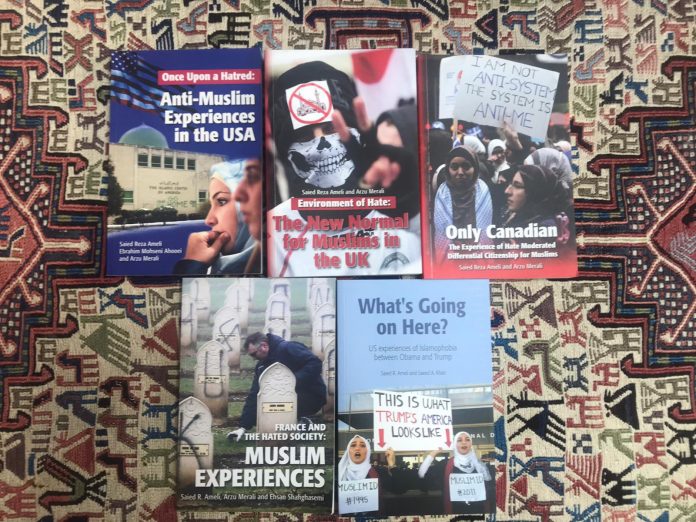 [updated 31 July 2020]The underlying theory of the IHRC Hate Crime Project is the Domination Hate Model of Intercultural Relations (DHMIR) developed by Saied R. Ameli.  It argues that hate attacks, crimes and acts of discrimination are not random acts of deranged individuals. Rather, it maintains that those people who commit such acts are provoked to do so by an environment of hatred caused by policy, media and law that targets a hated society. In the studies undertaken by IHRC so far in the UK, France, the USA and Canada, the hated society whose experiences are analysed are Muslim communities.

IHRC is the only organisation to have carried out academically rigorous studies on this subject in order to be able to present reliable statistics about the levels of anti-Muslim hated experienced by communities. IHRC is hoping to extend this project to Australia next year, and re-run it in France in 2015.

What’s Going on Here? US Experiences of Islamophobia between Obama and Trump – 2020

Environment of Hate: The New Normal for Muslims in the UK – 2015

Watch an overview of the report here.

Watch the launch of the findings here.

Only Canadian: The Experience of Hate Moderated Differential Citizenship for Muslims – 2014

Once Upon a Hatred: Anti-Muslim Experiences in the USA – 2013

Getting the Message: The Recurrence of Hate Crimes in the UK – 2011