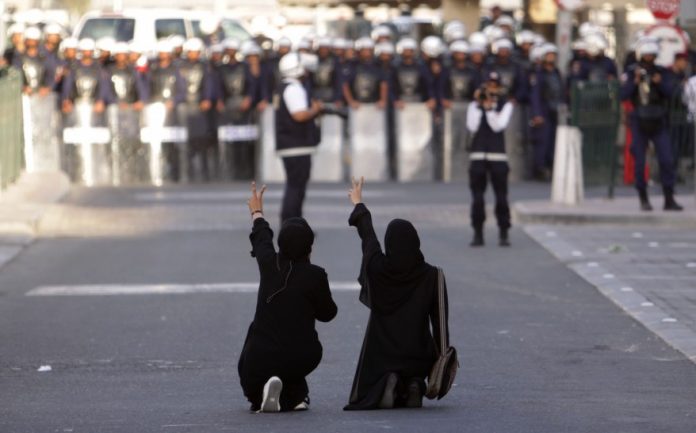 The 2014 campaign “Democratization and Empowerment in Bahrain, Bangladesh, Egypt and Saudi Arabia” (CED) is one of the major projects that UJN, in collaboration with IHRC, has implemented in recent years.

Universal Justice Network (UJN) is an umbrella organisation founded in 2008 for Muslim-led non-governmental organisations around the world. Itis committed to address the increasingly pressing global issue of democratization that is challenging the Muslim world. It has a joint secretariat consisting of of Citizens International in Malaysia and Islamic Human Rights Commission in the UK.

What does CED stand for?

The campaign aims at addressing recurring issues of disenfranchisement and often violent repression of legitimate political and social expression in the four named countries.Whilst the situations in these countries may differ by degrees and also in some political and social aspects, it is clear that the majority of peoples within these countries currently face unprecedented attacks on political movements for betterment and change. In all cases, the current regimes suppress the diversity, will and transformative potential of the majority of those living within their borders.

With this campaign, IHRC wants to express concern over the pattern of grave human rights violations raised by the political actors and activists who have been subjected to any kind to cruel and inhumane punishment by their local governments. Most of them have been victims of torture, unjustified imprisonment while their rights to due process and fair trials denied.

What does CED consist of?

The campaign may include the following activities:

-) Promotion of the materials produced from the campaign

-) Support of events of campaign

-) Support or being part of fact-finding missions

-) Support and mobilization for promoting democracy and empowerment in these countries

If you would like to join the CED campaign please contact the office on ced@ihrc.org or subscribe to our digest to be kept in pace with our news!!!

Mercenaries in Bahrain: The cruel crackdown of the uprising – An analysis on the recruitment of foreign mercenaries by Bahrain authorities in order to curb anti-regime protests.

Three years and counting: The Bahrain revolution and its imprisoned leaders – An overview of false imprisonment of political opponents in Bahrain

Stripping Of Nationality As A Weapon Of Political Suppression: The Cases Of Bahrain, United Kingdom, United Arab Emirates and Kuwait – A report by Caterina Aiena on the widespread phenomenon of stateless people