Aliens in Their Own Country 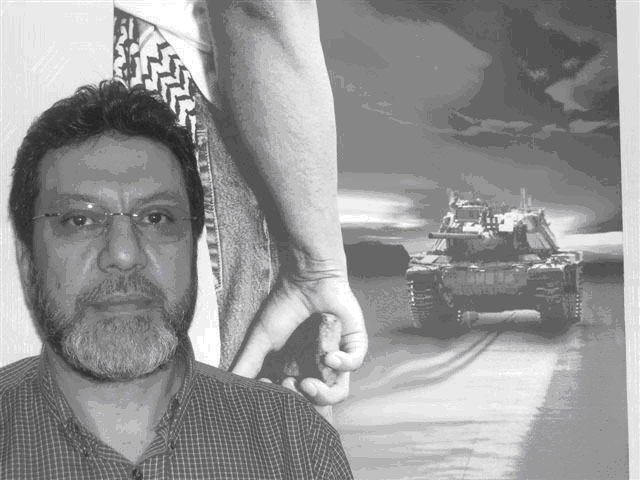 Seyf’s a smart-looking guy, Mediterranean looking. If you’re clued up about these things you’d guess he’s of Turkish origin. Buying milk at his local supermarket he and his American flatmate of Pakistani origin were approached by a loud, white English shopper, who yelled in the middle of the dairy aisle: “Are you terrorists?”

This was an example of what passes as humour in Middle England at the moment. Before she burst out laughing and carried on what turned into a tirade, other shoppers stood by, nervously looking for staff and indicating that the two Muslim lads might be trouble.

Forget about the latest arrests around London. Forget about police profiling of Muslims (and of that there’s plenty) – the general public now categorises all things Muslim as terror-orientated. Why? It’s easy to blame victims of prejudice for their demonisation – it’s a practice with a long pedigree. But the unending calls on Muslims, from rightwing shock jocks to former archbishops of Canterbury, to condemn terrorism reveal a level of conditionality that no other community has been asked to bear.

Throw into this mix the continuous police raids and arrests since 9/11 under various pieces of anti-terrorist legislation, the fanfare of media attention when Muslims of various origins are arrested and the deafening silence when most (some 450 out of 540) are released. Add the recent analysis of stop and search figures that shows a disproportionately high number of the 32,100 people who were stopped and searched in the last year (or more accurately 71,100 people when you take into account the misreporting of some police forces, according to Statewatch) were of Asian origin. Do not forget to include Islamophobic media coverage of an increasingly anti-Muslim “war on terror”, and stir. The result?

British non-Muslims are scared of Muslims; they’re angry with them and they’re paranoid about the threat they perceive from Muslims ready to blow them up. British Muslims are scared of the backlash against them from non-Muslims. They’re also paranoid about their safety from wider society, the security services and the other Muslims that they are told are out there waiting to blow everybody up.

At either end of this polarisation we are seeing a level of alienation that bodes ill for British society. For the Muslim part, their sense of grievance has to be taken on board by the government, its institutions and the media in a meaningful way. It’s taken two years of lobbying the Met about stereotyping, but at last, yesterday, Deputy Assistant Commissioner Peter Clarke’s statement to the press was at pains to make clear that the arrests and their focus should not cast aspersions on the Muslim community. Yet every breaking news story carried the label “Islamic terrorists” and the addition of the description “British of Pakistani origin”. It may sell today’s papers but it is ultimately crass vilification.

It is also at the heart of the growing anger among Muslim youth. Born and bred British, their citizenship is always conditional. When Kriss Akabussi won athletics medals he wasn’t referred to as a British Christian of Nigerian origin. Yet Muslims are always alien by description – their religion and ethnicity used in reporting further edges them to the boundaries of society.

This isn’t even a post-9/11 concern. After the Oldham riots in 2001, we heard that long-term unemployment or poor career opportunities, fuelled by racism and Islamophobia, in turn fuelled pain and anger among the young. Three years on, professional affluent Muslims, whose lives had seen little, if any, of the social deprivation and societal exclusion that the Cantle report identified, can tell of discrimination and hatred levelled against them.

They see an older Muslim leadership panic under the strain of negativity. While younger organisations such as the London Muslim Coalition called on mosques to pray for peace for all in the wake of the horror of Madrid, the Muslim Council of Britain called on mosques to report any suspicions they had about anything. It’s the difference between being a part of society, however marginalised, and perpetuating the idea that you are an unruly guest, your stay determined by different conditions than for everyone else. You don’t have to be disaffected youth to see the anomalies and feel the isolation.

For all the Muslim communities’ faults – and we, like all other communities and individuals, have many – our empathy, often inspired by our faith, with the deprived and oppressed is not one of them. To want an end to injustice against Palestinians doesn’t make you a terrorist, opposing the war against Iraq or calling on Russia to withdraw from Chechnya doesn’t make you an extremist of any class. Yet when British Muslims participate in demonstrations and leafleting – against their government’s participation in occupations of Muslim lands – this is seen as more evidence of inherent detachment from British mores and, worse still, attachment to potential, if not actual, terrorist causes.

The late Sulayman Zain ul-Abedin, who was the first to be tried and found not guilty of offences under the Terrorism Act of 2000, found his reading material used as “evidence” against him. In a letter to some mosques last year the Charity Commission is alleged to have asked some not to allow prayers to be recited for Palestine as this was “political”. So, as a British Muslim you can’t act on what you believe in, however just; you mustn’t read about it and you can’t even pray for it.

Seyf is a volunteer at our offices. Formerly a journalist in Turkey, he is seeking asylum, having been tortured by police for his views on Turkish foreign policy. Some of his colleagues are serving sentences for possessing reading material deemed seditious. Civil society can only save Britain from becoming a country that people seek asylum from, when its institutions and its media realise that the alienation of Muslims and many others is neither self-imposed or imported from abroad.

By: Massoud Shadjareh, chair of the Islamic Human Rights Commission