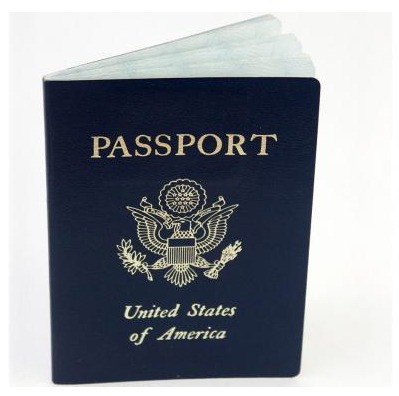 Facebook
Twitter
LinkedIn
WhatsApp
Email
The intersection of 43rd Avenue and Thomas Road on the west side of Phoenix is lined with the same monotonous range of petrol stations, fast-food outlets, pharmacies and clothes stores that you’ll find in any modern city in America’s heartlands. It is distinguished only by the exceptionally mundane.

Look closer, though, and a disturbing pattern emerges. Here is a real estate office that is shuttered and empty, here a panaderia – a bread shop – that has closed, and next door to that, a children’s clothes store also shut. Across the road a cellphone outlet is boarded up and a large grocery store has vanished. A Mexican restaurant still has its sign proudly boasting “Tacos Since 1975”, but there are no tacos being made here any more. A rival restaurant nearby, Marly’s Mexican Food, has a sign saying “Drive Thru Open”, yet the building has been stripped bare. A handwritten note in the front entrance says “Se cierra el negocio porque nos mudamos de estado” – the restaurant is closed because we’ve moved out of the state.

It’s as if the whole area is turning into a tourist ghost town, for which the west is renowned. But this is not supposed to be a ghost town. This is bustling Phoenix, capital of Arizona and one of America’s fastest growing and most dynamic metropolises.
Why this is going on is the question put to Sergio Diaz, the owner of an English language school next to Marly’s restaurant, where a room full of young students are practising English verbs. “We’ve been in business since 2000,” Diaz says. “At the end of this month we are going to close.”

“My students are about 90% undocumented,” he says, referring to the largely Mexican illegal immigrants who attend his school. “Three months ago we’d have up to 200 students every day; now there are only 15. They are all leaving, or preparing to leave.”

Diaz says his clients are fleeing a controversial new immigration law that comes into effect throughout Arizona on 29 July. SB 1070 amounts to the harshest crackdown against undocumented immigrants that has been made in any part of the US for a generation. It has put Arizona in the centre of a nationwide foment about immigration that is pitting individual states against the Obama administration, whites against Hispanics.

At the heart of the debate are the 12 million or so illegal immigrants, most of them Mexican, who already live and work in the US, about 500,000 of them in Arizona. Over the past few decades they have become a fixture of American life, building homes and families and carrying out the low-paid farm work that few US citizens are prepared to do.

They have been largely tolerated, existing just below the surface of American life, sending their children to school, paying taxes and only coming into contact with police if they committed serious crimes. Immigration violations were generally treated as a civilian, rather than a criminal matter.

But in recent months, the mood has hardened, and nowhere more so than in Arizona, whose border with Mexico is the busiest crossing point for undocumented Mexicans. Anger towards them has increased in the wake of highly publicised incidents linked to the burgeoning drug wars on the Mexican side of the border, including the shooting of an Arizonan police officer in April.

Politicians have responded to demands for the border to be strengthened and for more deportations, culminating in SB 1070. The legislation, in effect, turns Arizona’s undocumented residents into criminals, handing responsibility for enforcement from immigration officers to the police. Anyone without proper papers who comes into contact with the police – be it for something as minor as a broken brake light – can have their documents checked if police suspect them of being illegal immigrants, and find themselves rapidly deported. Anyone who helps an undocumented person, whether by housing them or offering them work or even feeding them or giving them a lift, can also find themselves in trouble.

Lydia Guzman, a community worker with Somos America, a coalition of Hispanic groups in Phoenix, says the mood among Latino families has changed over the past two months, ahead of the law coming into effect: “Panic has set in.”

The mood has changed, too, among white Americans, who have interpreted the increasingly aggressive language used by politicians as a green light to express their own prejudices. Incidents of harassment towards undocumented Latinos from employers, landlords and neighbours have increased. Should the victims protest, they are frequently taunted with the refrain: “So what are you going to do about it, tell the police?”

The hostility has reached such a level that Guzman deploys an extreme metaphor, saying that a “Gestapo community” is in the making.

“Just last week, a family told us that the people next door, who they’d known for 10 years, had reported them to the police because their dog was barking too much. The father was arrested in front of his three young kids.”

With two weeks still to go before SB 1070 becomes a reality, thousands of families are already leaving Arizona. Sandra Soto packed her bags last week, quitting the city where she’s lived for 20 years and relocating to New Mexico. She, her husband and two of her three children are legal US residents; only the third child is undocumented, but this was enough to make her want to leave.

Besides, she says the atmosphere has become too unpleasant. “It doesn’t matter that I’m legal. The first thing I’m asked these days is to show my papers. Just because my skin is a little dark, that I’m Hispanic. That’s all they see.”

Stephanie, who attends Puente, a Hispanic community group, has an extended family of some 20 or 30 people. Many are legal, some aren’t. Recently, one of her nieces was taken in by immigration officials and held in custody for a week. A nephew who has lived in Phoenix since infancy was deported last month to Mexico, a country he barely knows.
“We have followed every single rule in this city to show that we can be good citizens here. I’ve worked two jobs at a time, cleaning hotels by day and at night – some of the hardest work there is. Yet they say we are trying to rob them.”

Opinion polls have shown that more than two-thirds of Arizonans are in favour of the new law. White voters have justified the clampdown on the grounds that illegal immigrants have caused a violent crime wave, when in fact, outside the largely self-contained crime committed by Mexican drug cartels against themselves, the state is enjoying a period of relatively little criminality. It is also said that illegal immigrants are pouring over the border in record numbers, though in reality the rate peaked 10 years ago.

“They are taking our jobs” is another key assumption. But as research by the Morrison Institute for Public Policy at Arizona State University has shown, undocumented immigrants create jobs and support services through the taxes they pay on wages and purchases.

Take schools. Precise numbers won’t be known until the start of the new school year, but there is already mounting evidence that large numbers of Hispanic families are removing their children from Phoenix schools in preparation for leaving.

Falling school rolls will mean a collapse in education funding, because money follows the child. In turn, this will hit the quality of education for everybody’s children, white Americans included.

Talent is also being squandered. Silvia Rodriguez, 23, has been offered a place at Harvard next year to study arts and education. She has lived in Phoenix since she was two, but because she lacks legal resident status she is not eligible for funding and has to raise the fees privately.

She had been successful at raising the money through foundations and fundraisers, but a few weeks ago support suddenly dried up. “People are afraid because under the law you cannot provide aid to somebody who is undocumented,” she says. She now fears that she will be unable to find the $23,000 she still needs, and will have to forego the chance of studying at America’s pre-eminent academic institution.

All these examples suggest that by adopting SB 1070, Arizona is economically shooting itself in the foot. But there are others who oppose the new law for reasons more fundamental than self-interest.

Bobbie, a white American from Ohio, believes that it is depriving Americans of the very freedom that made their country great.

For the past 11 years, Bobbie has been married to Roberto [not his real name] from Oaxaca, with whom she has two children, both of whom are also US citizens. Roberto is undocumented. Last year, he was picked up in a raid on his workplace in Phoenix and deported back to Mexico.

Then last July, desperate to be reunited with his family, he began the long and perilous walk across the Mexican border into Arizona. He walked in the searing heat for four days without water. When Bobbie didn’t hear from him she presumed him dead.

“I prayed and I prayed. I lit candles over his photograph, and prayed some more,” she says. And then he called and said he had made it across. Bobbie brought him back to Phoenix and he has been living back with his family ever since. But it is only a half-existence now.

“He’s like a ghost here. He is scared. We don’t go to the shops, we don’t go on family outings. When the new law comes in I am going to have to hide him in the back seat of my car and smuggle him to work.”

Bobbie, who has lived in Phoenix for 31 years, is now saving up money to leave Arizona for Las Vegas or Florida. She sees what is happening as a violation of her rights as an American. “They are telling me who I can and cannot marry. My kids are American, yet they look Hispanic, so are they going to be pulled over and questioned too? It feels like I’m no longer in America.”

Autumn Rose, Bobbie and Roberto’s American-born daughter, aged nine, enters the conversation. “When my dad went away I felt he would never come back, but when he did it was like a miracle,” she says. Then she addresses herself to Bobbie and says: “If he goes away again I want to go with him. I don’t care if you say no … I will go with him to protect him.”

By: Ed Pilkington, (c) The Guardian