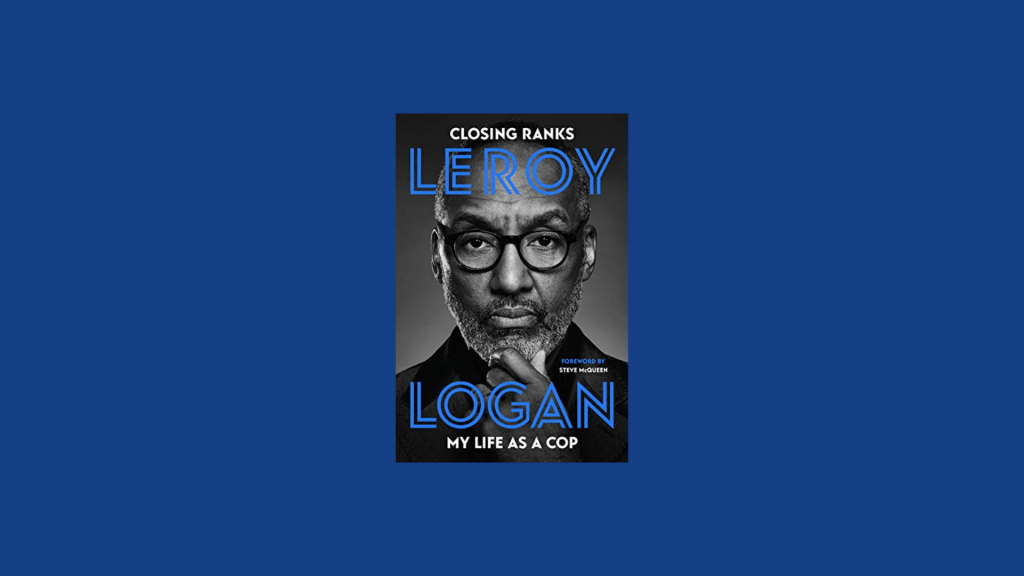 Raza Kazim asked about the influence of Logan’s background and time in Jamaica as well as his parental unit on his decisions.

Leroy Logan: My parents are Jamaican; they both came to London during the Windrush generation. They set up a home with all the challenges that came with it, and it was a very hostile environment. They were very determined… and built a very loving home that my sister and I really benefitted from. When I was at primary school age, my mother took my younger sister and I to Jamaica and it was what I called, a masterclass in identity because I saw people who look like me in positions of power whether it be policing, health, education, politics.

When I came back to London and was going schooling, I wouldn’t allow teachers to define me and say, ‘maybe you shouldn’t apply to that university or do that degree’. I did a science degree at the University of East London, and I remember my careers’ teacher telling me, maybe it’s not something you can do. I didn’t allow myself to be defined by that because I had a real sense of identity and belonging. Jamaica is a spiritual home in a lot of ways, I really felt that time in Jamaica gave me the foundation in which to not only be clear on what I want to do, but how I was going to do it.

On discussing his decision to join the police force, Leroy shared: while I was in the application process [for policing], I got a call that my dad had been badly beaten by police officers over a traffic matter and I just couldn’t believe it. I rushed to the hospital, and he was absolutely beaten black and blue, I almost didn’t recognise him. You would think there is no way you could join the ranks of those officers who beat him up but when you get that strong calling, and you have a sense of purpose… I had people who were saying we need to have a reflective organisation and it doesn’t mean all police officers are bad, even though the ones that beat up my father had to be sued and my father was able to turn over the unlawful arrests and excessive force. In the end, it played itself out for him, but it gave me a sense of – if I could go against my father, who was not pleased that I was joining [the police], that showed me a strength of purpose in what I wanted to do.

Kazim asked about Logan’s training in Hendon and the kind of things you went through during his probationary period of 2 years with Sargent Taplin, as discussed in his book.

Leroy Logan: Sergeant Taplin hated everyone; he just didn’t like people. As a police officer you’re supposed to be a public servant and serve the needs of the public. He did not show those interpersonal skills internally amongst the team and externally. I said to myself if I can get through those first two years, I can get through the next 28.

Despite all the challenges it was made clear that I’m a Black man who happened to be a cop. That means that when I come into the organisation, I am not assimilating, I am integrating with my beliefs and values, and I am not going to adopt the norms and values of the culture. I am not going to adopt the type of hostile culture which was making life very difficult for me and other officers who looked like me from African, Caribbean and Asian origins.

Kazim asked about the laws that Logan had to implement and the environment he worked in, for example the sus laws, and how this impacted the minority communities in general.

Leroy Logan: The sus law was a very draconian doctrine adopted by the Met police. The Windrush generation at the time were going through so much in terms of accommodation, they were overpoliced and under protected and subjected to incarceration because of the sus law. Politicians repealed the law before I joined but I knew of it because I was once stopped after jazz band on school premises and they were not stopping the white students. It got replaced in 1984 by the Police and Criminal Evidence Act which is a lot more accountable and we know that’s still used in a racial profiling way. I used it to stop people if I got the correct information and it was reliable, and I would speak to that person to see if there is a need to search them.

Kazim: I want to talk about an incident at Edmonton where you turned up for duty and you had black Afro-Caribbean parents and their children who were standing there in the police station, and you were lumbered with having to deal with the outcome for the arrests taking place over quite some time ago in the day. Can you talk us through what happened?

Leroy Logan: I was the custody officer for that night duty, and I normally would go in through the side entrance, but I was running a bit late, so I went through the front door of the station office, and I saw so many parents. I was in my plain clothes jacket, and they didn’t know I was an officer until I walked straight through. I saw a number of youngsters, some with no priors for crimes and there were some hardened ones in that group of people. They had been followed from Hackney, a few miles down the road through Harringay and ended up in Enfield Edmonton. If you are following them and they are committing crimes, they should be arrested expeditiously at the time not allowed to follow them through shops and through people and so I had some real issues around why they had ended up in Edmonton.

In those days Edmonton was seen as a very defaulted station, and anything goes. You take youngsters there and they could be kept in overnight, and it’s all sorted out by the custody officer. They had been arrested from 3pm and it was now 10pm and nothing’s happened. So, I called in the sergeant in charge of the specialist team that arrested them, and I said to him ‘well if you don’t interview them, especially the youngsters and were the parents are all in the front office there, literally on the other side of the wall for me, I am going to release them and let them come back in the morning so it’s up to you.’ If looks could kill I would be 6 feet under. I know he definitely thought this guy is crazy, but I knew the law, I knew my role and he had to do what I was telling him, he had to call back his officers.

Raza Kazim: What was curious about that incident when you talk about it in the book there isn’t any sense that there was any consequence for the police officers having done what they did and I just wonder was there anything because you were worries about you getting a roasting rather than the people who made the mistake so where is the accountability in all of this and where would parents go to start complaining about something like this.

Leroy Logan: It was before the days of the Independent Officers and Police Conduct, they used to have the Police Complaints Authority and there was next to no chance even if you complained of getting recourse unless you took them to civil court which my father did for the incident against him so there was no accountability. Officers thought they were untouchable. I think what I did made such a massive point that those officers had to bring prisoners to me on other occasions weeks and months later and they would be precise with what they were doing, giving me the reason and grounds for the arrest. The consequence was they did the job properly when they were around me.

I think subsequently after the MacPherson Inquiry into the death of Stephen Lawrence in ’99, that raised the game of a lot of people who thought they could get away with a lot of things if they arrest black people or people from other minorities. MacPherson through Stephen Lawrence, especially Stephen Lawrence Steering Group that was the independent oversight chaired by Jack Straw and subsequent Labour Home Secretaries, really held Chief Constables to account across the country and ensured that rogue cops did what they were supposed to do and it’s not perfect because you still get rogue cops and that’s played out in so many ways. My concern is that good cops are not holding the rogue cops to account.

As time has gone on, we get more and more accountability and people need to know their rights and that’s what officers rely on, people not knowing their rights.

Raza Kazim: I want to ask you about this letter that you sent because that played a crucial part and it’s about how you challenged systemic issues and so on.

Leroy Logan: Ali is a very capable guy, you don’t get a PhD overnight, you get it working hard and being very capable. Ali was my Deputy Chair and we would hold secretaries, even Charles Clark, he was just flabbergasted and we just laser light went into his lack of understanding of diversity and multiculturalism and acknowledging even the MacPherson Inquiry properly. We knew that in challenging, even in the corridors of power, you’re a target. So, when they started investigating Ali, we didn’t even know. They were investigating him from the late 90’s when I was National Chair, I wrote this letter to the Home Secretary, to Jack Straw, and various other APCO, now NPCC, and I said there’s a witch hunt, we know there’s going to be pushback from MacPherson and some of us are going to be subject to a witch hunt and it happened. Again, this is my assessment of things with my team, the national executive. I remember that letter and when they were investigating Ali and they said he was guilty of everything except terrorism and murder. It was insubordination, criminal damage, not reporting visits etc. It didn’t stack up to a hill of beans of admissible evidence.

So, in the end it was very minor charges at the Old Baily, and they expected us to let him freefall, but he was our member, and he was my Deputy Chair as National (Chair), and he was also a member when I was London Chair, so we were in solidarity. It was the cornerstone of British Justice; you are innocent until proven guilty and that’s what we did. In the summing, Mike Mansfield was the QC for Ali, and they had a break and I reminded him and produced the letter. And he mentioned that in the court case that we anticipated this and fortunately Ali was exonerated but we wanted an internal inquiry around the culture and that’s where we had the Lord Morris Inquiry and again it made some improvements but the default of the Met police, they are also intrenched in systemic failures that they find it difficult to exist outside it, so they justify it.

Dr Leroy Logan talks more about his book Closing Ranks on his experience in the Met Police, the founding of the Black Police Association, his faith in action and recognising his member of the British Empire.

Other topics discussed include Dr Leroy Logan’s experiences in the Met Police, the founding of the Black Police Association and his MBE.