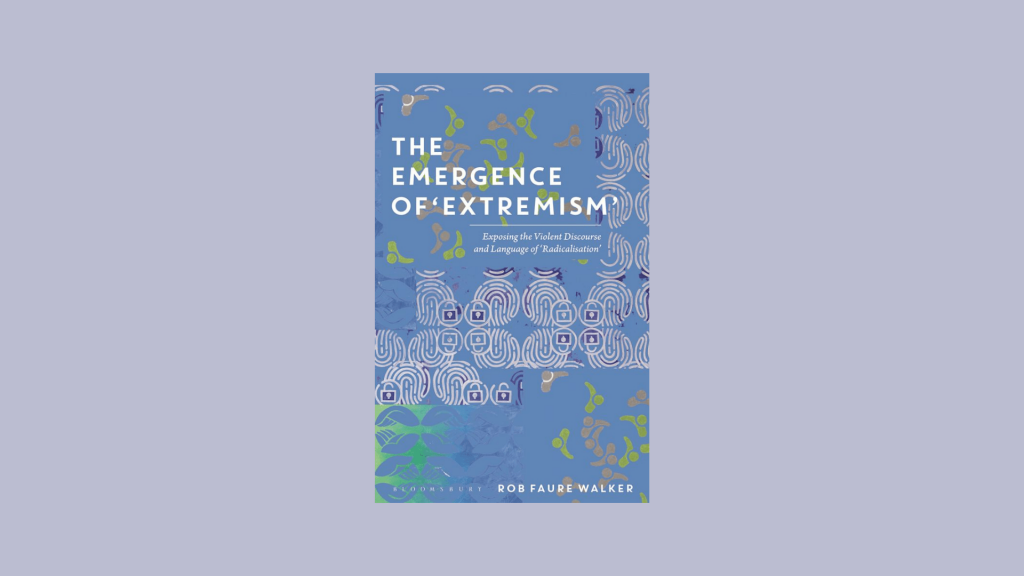 Abed Choudhury, on behalf of IHRC, moderating the author evening and the event format consisted of an opening speech by the author followed by Q&A afterwards where issues to do with challenging prevent, islamophobia, the threat to free speech and the racism of prevent were discussed.

To Dr Faure Walker, This lay at the core of the fundamental contradiction within the whole prevent discourse. How can prevent promote free debate, as claimed by intervention providers, if there was an evident chilling effect on students? These were some of the challenging area’s that that forced the author to look in to some key questions as in practice prevent became an obstacle to dialogic debate which, according to the author, is key to educating and informing people in educational settings. These fundamental concepts led the author to write the book which not only chronicles his journey, but also the history of language to protect empire and the state as well as documenting his thoughts on the role of prevent in wider society, especially in relation to free speech, freedom to protest and anti-racist politics.

Choudhury: How would the author address the issues raised by prevent workers that in order to preserve a harmony within society, prevent is needed to challenge extremism?

Dr Faure Walker: “Its really difficult this and its something that I have noticed over the last decade I suppose as prevent was initially proposed in 2003. When my teaching colleagues first received that prevent training in 2014, everyone was opposed to it, everyone challenged it, everyone challenged the prevent coordinator but what I have seen is that the same thing has happened to them. That when you talk about extremism then we will need to challenge extremism and that’s what this book is all about, to challenge that common sense and come to realise that common sense is the cause of all of our woes. And this is where I am going to switch the language around to the supporters of prevent because the supporters of prevent have been essentially radicalised against democracy. So the logic of prevent, the logic that we should stamp out extremism makes total sense if you live in an authoritarian state, if you have a single ruler, who defines a single way of living and no one should stand out of that then prevent makes sense. If we live in a democracy where we find our common ground, and we find a way forward by debating our differences and by coming to some agreement through the political process then defining anyone as extremist does not make sense to that and it will force people to fight against government because they are not allowed to be involved. So you’re right it’s a very hard case to make but I think we just need to keep talking about it and this is the way that we need to address any issue of oppress initially just by keep talking about them.”

Choudhury: How do we respond to the civil servants who ask the questions regarding to what is the alternative to prevent?

Dr Faure Walker: “So, this is the real difficulty because I’ve had prevent workers phone me up and spend two hours on the phone kind of, I guess they think they’re trying to deradicalize me because I don’t agree with prevent well yeh I am radical because I think that there should be a change to this policy. But to your initial point, there’s a kind of a philosophical point here which is that if ever anyone says there is no alternative, it’s a fallacy, its wrong because in any situation there is always an alternative. So that’s the first thin g to say when people say there is no alternative, you stick to your guns because you know that’s not the case. So should we proffer an alternative? I don’t think we should because I think the alternative to prevent is no-prevent and I think that’s one of the thin gs I try to get across in the book in that in the absence of prevent I, as a teacher, was able to have far more open conversations with the kids that I taught which demonstrably made them safer, made them better citizens, allowed them to engage with democracy. Now there is a serious problem here and that is that as long as prevent is in place and the longer that prevent is in place, the worse teachers will get in having these discussions.”

Prevent focuses on the muslim community, initially prevent was discussed mostly in regards to the muslim community but that seems to have shifted when they bought in the issue of the far right. How do we make it clear to the public that actually, there is an underlying racist assumption or focus here or are we just being sensitive as muslims?

Dr Faure Walker: “Muslims are definitely not being sensitive in pointing out islamophobia. Its demonstrable that we live in an islamophobic society. Its in the recent history in the global war on terror where, you know, Muslim more generally have been targeted as responsible for, and we can go to September 11th, ground zero, Muslims have been targeted as responsible, collectively responsible, for that. Prevent is the domestic manifestation of the global war on terror.  You can also see, if you look in parliament, people like Michael Gove who wrote this book called Celsuis 7/7 which is his, he talks about the, celsuis 7.7 miichale gove’s book talks about muslims in Europe being a problem. He seems to not believe that muslims have a place in Europe according to his book. You can look in to how the trojan hoarse happened where every tribunal or investigation that’s been carried out in to the trojan hoarse event in Birmingham has exonerated the teachers and exonerated the schoold yet throughout that period every effort was made to target and chastise the muslim community in Birmingham effectively for having great schools, they were punished for having good schools. The editor of the daily express stated in the parliamentary select committee that his newspaper had fuelled islamophobia. Its demonstrable that we live in an Islamophobic society.

The book and the event will be of interest to free speech advocates & policy makers alike.