Home
Comment
Guantánamo at 10: The rise and rise of US exceptionalism and the downfall of human rights 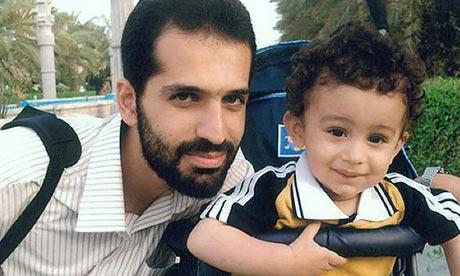 An almost ten year old child who has never seen their father is one of the most poignant victims of the asymertic war waged by the US on what it deems legitimate targets. His story and those of former detainees –  their experiences not just of the horror of torture, or detention without charge, but the on-going trauma of trying to rebuild their lives once released and the equally devastating impact of their incarceration on their families and loved ones, were presented to a packed Conway Hall in London, UK, 11 January 2012.  The event organised by Cageprisoners, Islamic Human Rights Commission and Repreive,was just one of many world-wide events that day that bore witness to the tragic tenth anniversary of the opening of the notorious detention facility in Guantánamo Bay, Cuba.

Yet the full horror of what Guantánamo is, does not end there, the individual stories of just some of the 800 men detained over a decade that has witnessed ceaseless bloody US (led) violence.  Guantánamo symbolises much more than lawless incarceration – that is not new nor is it exceptional before or during the neverending war on terror, Bagram being just one of its many brutal manifestations outside the public glare.  It is the psychological violence inflicted not just on those detained and their nearest and dear, but also their communities of colour, faith and association.  It is the evolving of US exceptionalism from covert to overt, from the shameful behind the scenes exercise of absolute power to the transformation of the most immoral acts into ones to be celebrated.

The US to some degree once sought to hide its many crimes against individuals, justice movements and and peoples under the cloaks of covert support for insurgents be they in South America or Afghanistan, or quiet complicity in murders, political imprisonment both on its soil e.g. the many Black Panther arrests and prosecutions to abroad.  Perhaps where more obvious, it was dressed up in ideological rhetroic of pursuing freedom for any people anywhere who sought the benevolent help of the Western superpower against its Eastern nemesis, then communism.  Guantánamo is the symbol of violent change, not just through physical war and the devastation of Iraq, Afghanistan, Libya, Pakistan and who knows where else, but of the morphing of the bad into the good, the justifiable, the way forward.  It marks a true end of the pretence of universalism that a Eurocentric human rights regime had always been charged with, and the incorporation of chauvinism – national, ethnic, political – as the basis of morality.

The portents of the past, Arendt, Biko, Fanon, any eclectic mix of warning voices discarded, disregarded (perhaps always) by the oppressor, but increasingly over these long, sad ten years, the oppressed and their supposed defenders.

‘No smoke without fire’: Cognitive violence and capitulation of the persecuted

“We got calls, many of them, from friends and foes alike,saying don’t you dare campaign for them,” Massoud Shadjareh the Chair of IHRC says.  They – the inmates, hauled shackled and blindfolded to the middle of the ocean – were perceived to be, as they were described by George W. Bush, as the ‘worst of the worst’.  No longer human in many people’s eyes, they carried unproven guilt of a crime deemed so heinous that those accused in this way did not deserve due process.  This was the internal US narrative of enmity – of the dehumanisation of the indigenous inhabitants of America, of those dragged in chains who sought liberation from the time of  enslavement in Africa to the present day still denied real freedom in the misnamed land of the free.

Steven T Newcomb of the Indigenous Law Institute describes it well, citing the US Administration’s use of the code ‘Operation Geronimo’ to describe the plan to assassinate Osama bin Laden: “We’re talking about a U.S. tradition of dehumanization and dominance used against our nations and peoples.”  Newcomb in his book Pagans in the Promised Land uses cognitive theory to describe the US unconscious – those ideas that have lain under the thinking, the policies, the laws that have continued to usurp and oppress Native Americans from Conquest to current US imperialism.  It is a language that rendered them ‘savages’ and ‘heathens’, underserving and unable to enjoy the benefits of being human thereby nullifying their right to home, country, agency and ultimately existence.  In 1492, the estimates vary but we are talking about a popluation decline from ten(s) of millions to maybe a million (or two) or hundreds of thousands.  It is those ‘heathens’ whose lands and lives are legitimate spoils in a discourse of first a distorted Christian and now Western conquest.  The dehumanisation of Guantánamo’s heroes stands as the marker whereby the hidden violence, justified within a continent by kings and then a republic, is now perpetrated globally against Muslims and the many, many dehumanised ‘others’.

As the calls to IHRC in 2002 when it started campaigning against the Guantánamo detentions demonstrate, the US subconscious itself imported from Europe, exists within the structural fabric of those original colonials.  As such they are internalised by the very communities they target.  Riven by mutual mistrust and recrimination over internecine battles old and new, Muslims have failed to see the line that runs from the so-called Conquest in the Americas, through the destruction of Palestine, the rape of Latin America, indentured labour and enslavement the incareceration of Mumia Abu Jamal and Imam Jamil, lost generations in Australia, the murder of millions in Vienam, a drone massacre in North West Pakistan, a bomb on the side of car killing an Iranian nuclear scientist, and the legitimisation of it all in the current era through Guantánamo.

It is a failure that has seen ethnic and sectarian nationalisms drive political organisation within Muslim world(s) with mutual demonsiation resulting in violence in service of empire rather than the reenvisioning of the liberatory project of Islam, in whose name so many of these movements unravel.  The Muslim unconscious needs serious attention as Yusuf Progler says, “It is incomplete to liberate bodies from Western colonial yokes; the more important task is to liberate people’s thinking.”  Only then can Muslims join the many other peoples in creating and maybe even leading the alternatives that are needed.

Islamophobia and the end of human rights

Michael Ratner, the Center for Constitutional Rights lawyer for many of the detainees, notes that the reason for the existence of Guantánamo is simply Islamophobia.  Had the inmates not been Muslims, public opinion and the  international community would not have colluded and condoned.

With all pretence of equality gone, Muslims need to see that the Islamophobia they suffer goes to the heart of what the US is, not simply what they did.  This is not about individual Americans of any confession of culture, this is about the Empire wrought in usurpation and genocide.  Guantánamo will close one day. The question is what will replace it?  As the calls for its closure now clamour louder, its creator has already found alternatives: drones and assasination.  Innocents slain at weddings or en route to their teaching job –  these are the types of alternatives we face, whilst those whose supposed enmity to Guantánamo perpetuate Islamophobic narratives and its internalisation.

The debacle at Amnesty International in February 2011, with the head of their gender unit Gita Sahgal making public a string of complaints against the organisation’s work with former detainee Moazzam Begg highlights the internal demons of the unofficial top tier of the transnational human rights community.  The dehumanisation of Begg by Sahgal mirrored the dehumanisation by the lawmaking elite in 18th century America –  the Washingtons and Wheatons and Marshalls whose dehumanisation of those they perceived as heathens justified their domestic cruelty and external ambitions in retrospect from 1492 to the minute this was written.

There were some 800 men held in Guantánamo and 171 remain. 89 are cleared for release.  Yet they are still not free.  A short film by Reprieve closed the London anniversary event asking “When will they come home?”  A young child, just shy of ten years old in London waits for the answer.  We can help or we can forget.  We are free to choose, but really there is only one choice.

To really make this work we don’t just need to remember, we need to understand.  Another young child waits in Tehran for his father, but he is never coming home.

Arzu Merali is one of the founders of Islamic Human Rights Commission.  She can be contacted on arzu@ihrc.org or via Twitter @arzumerali.