Immigrants will have to ‘earn’ citizenship, says Phil Woolas

Immigrants who take part in anti-war demonstrations could jeopardise their chances of getting British citizenship under new government proposals, a Home Office minister said today.

Phil Woolas, the immigration minister, said people would have to “earn” their citizenship under plans being unveiled this morning for a new points system for immigrants seeking a British passport.

The government has already introduced a points system for immigration. But once immigrants have been working legally in Britain for five years, it is relatively easy for them to qualify for citizenship.

Woolas said today’s proposals, which are being outlined in a consultation paper, are intended to “break the link between temporary migration and permanent citizenship”. Qualifying for citizenship will become harder, and applicants will be judged by various factors, including their ability to speak English. 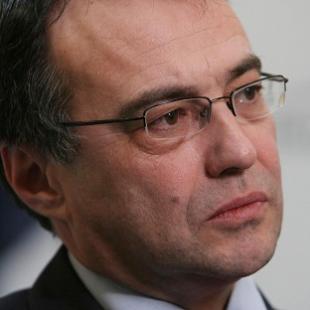 At the weekend stories attributed to government sources suggested that immigrants who took part in anti-war demonstrations could jeopardise their chances of qualifying for citizenship.

Asked about this on BBC Radio 4’s Today programme, Woolas said: “We think it’s right to say if we are asking the new citizen, as incidentally other countries around the world do, to have an oath of allegiance to that country, that it’s right to try to define in some objective terms what that means. And clearly an acceptance of the democratic rule of law and the principle behind that we think is important and we think it’s fair to ask that.”

But, when it was pointed out that demonstrating was not illegal, Woolas suggested that an applicant could also lose points not just for breaking the law – but also for engaging in certain activities that were legal.

Sarah Montague, the presenter, asked: “Are you effectively saying to people who want to have a British passport, ‘You can have one, and when you’ve got one you can demonstrate as much as you like, but until then don’t’?”

Woolas claimed that migrants themselves would support this stance.

“Part of the mistake in this debate, in the public comment, is the assumption that the migrant does not accept that point of view. The vast majority, in my experience, do want to show that they are aspiring to integrate and to support our way of life,” he said.

Keith Best, of the Immigration Advisory Service, told the same programme that this stance was “somewhat bizarre” given that having the right to protest was a key attribute of being British.

The eve of the launch was marred when the Home Office was forced to confirm yesterday that a suspected illegal immigrant had smuggled himself into Britain under a coach carrying officials from the UK Border Agency who were returning from working in France.

An inquiry has been launched, but officials say the vehicle’s driver will not be fined because he carried out sufficient checks before setting off through the Channel tunnel.

The suspected illegal immigrant hid in a space next to the fuel tank and fled once the coach reached Britain. The driver tried to catch him, but was unsuccessful.

A Home Office spokesman said: “An illegal entrant entered Dover by hiding underneath a coach returning from Coquelles, in France. The coach was contracted by the UK Border Agency.

“A full investigation is being conducted. This is further evidence of the extreme and dangerous illegal measures that are being taken to enter the UK.”

In an article about the new citizenship plans in yesterday’s News of the World, Alan Johnson, the home secretary, wrote: “Already we require people earn the right to become citizens by paying taxes, speaking English and obeying the law … I will go even further, unveiling my new citizenship proposals which will require people earn points for, among other things, their skills, their job and their qualifications.

“Bad behaviour will be penalised, and only those with enough points will earn the right to a British passport. No longer will there be an automatic link between temporary work and becoming a permanent UK citizen.”

The home secretary predicted a short-term fall in migrant numbers from outside Europe due to the government’s clampdown and because the recession makes Britain a less attractive place to live.

Migrants from outside the EU are already subject to a points-based system, introduced last year, which allows entry into the UK only if they have skills needed by the British economy.

A Home Office spokesperson said: “The points-based system has already proved to be a powerful tool for controlling migration for the benefit of both British people and the economy. We have already announced our intention to consult on applying these principles to the path to citizenship.”

The Tory immigration spokesman, Damian Green, accused the government of “spin”. He said: “There never has been an automatic right to British citizenship. It is simply that this government has let an unprecedented number of people obtain citizenship, issuing someone with a British passport every five minutes. This is an act of desperation by a government that … has let immigration run out of control.”