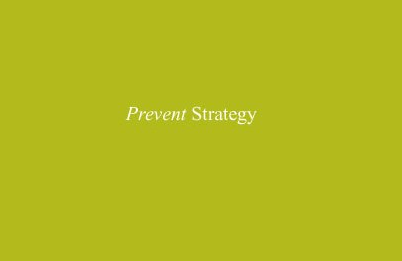 3 FEBRUARY – IHRC’s letter to schools regarding the PREVENT policy

The Islamic Human Rights Commission (IHRC) has been doing a great deal of research and campaigning around the government’s PREVENT policy, and I am writing to voice my concerns about its implementation at your school.

Since the implementation of PREVENT became compulsory on schools in July 2015, a number of worrying stories have come to light where children have been reported to PREVENT officers for expressing views that teachers consider ‘extremist’. The examples highlighted in the media all have some common features: students are targeted for expressing their opinions on current affairs (which in most cases seems to be the result of misinterpretation by teachers of normal behavior by young children), they are interviewed by PREVENT (or police) officers without a parent or guardian present, and parents/guardians are not informed about the referral nor are they present during the interview.

A further concern we have is that the policy unfairly and disproportionately targets Muslim students. While the policy claims to focus on all forms of radicalization, the majority of those targeted by PREVENT have been from the Muslim community.

With the above in mind we would like to make the following recommendations to all schools in England and Wales:

1. Given that there was no public consultation in the development of the initial PREVENT policy, it would be good practice for staff to consult with parents about how to effectively develop and implement your own policy. This could be achieved through a series of meetings with all parents, and potentially forming a PREVENT consultation board comprised of parents. This would go a long way to ensuring parents and students have trust in the process.

2. The agreed policy should include the provision that the school will not make referrals under PREVENT without first discussing their concerns with the child’s parents/guardians. This will allow teachers to understand the pupil’s behavior and treat them as students rather than as a security threat.

3. If a referral is made under PREVENT, parents/guardians should be informed of the referral and the reason for it.

4. If a student is going to be interviewed by a PREVENT (or police) officer, a parent/guardian should be present. If it is not appropriate for them to be present, they should nonetheless be informed, and a suitable adult (someone other than the teacher making the referral) should be there to support the child.

From the work that IHRC has been doing with those who have been targeted by PREVENT we are acutely aware of the distress and trauma these encounters foster, particularly for children. The above recommendations will allow schools to safeguard the welfare and interest of the child and help foster an environment of trust between pupils, parents and teachers, instead of turning teachers in ‘spies’ who view every student as a potential security threat. Our schools are forums for education, not state security.

If you would like further information about PREVENT and how it negatively impacts upon Muslim communities, please get in touch with IHRC on 0208 904 4222 or visit our website https://ihrc.org.uk/activities/projects/11472bthebpreventbstrategybcampaignbresources.

10 FEBRUARY – Department for Education’s response to the letter

We are surprised to read the Department for Education’s public statement referencing our private emails to schools in England and Wales. Instead of being constructive, your department’s response is dismissive and fails to address the very serious concerns raised, all of which, despite the baseless denials, have been expressed by teachers and parents.

The statement opens by stating that the Islamic Human Rights Commission’s (IHRC) advice and suggestions to schools ‘contains a number of inaccuracies and misleading statements’. However, the DfE does not identify which statements are inaccurate or misleading nor provide any evidence to refute them. Your claims are similar to the unsubstantiated, reactionary misrepresentations that have characterised the Prevent policy since its inception in 2006. It is a fact that a disproportionate number of young Muslim students have been subjected to referrals under Prevent, which has led to great emotional distress. We know also that it is all too common for schools not to inform parents/guardians of such referrals. Such underhand approaches have ensured Prevent’s negative perception within Muslim communities. A cursory glance at recent news articles on this topic will reveal the same. This is not an accident; policy guidelines reveal a clear bias in the framing of ‘extremism’ as a Muslim problem.

The DfE’s response goes on to state that radicalisation has a ‘devastating impact… on individuals, families and communities’, yet does not address the fact that Prevent has consistently failed to tackle far right ‘radicalisation’, which figures show to be rising across the UK and Europe. This is another example of the ways in which Prevent is profoundly flawed and has in fact itself had a ‘devastating impact’ on the Muslim community. It is our contention that the government and the DfE have deliberately ignored the impact of Prevent on the Muslim community, particularly young students.

Further, the DfE statement claims that Prevent encourages a strengthening of relationships between parents and schools. However, parent groups and grassroots Muslim organisations were not consulted in the development and application of Prevent (as you will recall, the government’s consultation period controversially lasted a mere six weeks, without warning, during the holiday period), leading to a profound sense of betrayal and mistrust in this process. Given the extensive research and advocacy work IHRC has done on this matter with and for parents and teachers, we know that Prevent has not only failed to build this relationship, but has actively destroyed it.

You will note that IHRC, along with numerous other organisations across the country, believes Prevent to be counterproductive and has called for it to be repealed. It is ethically reprehensible to force teachers and other staff in the education sector to act as informants at the risk of losing their jobs, fracturing the relationship between educator and student. That said, we recognise that Muslim parents and children are dealing with the impact of this policy in their everyday lives, and as such we are encouraging schools to hear the concerns of those whom they are serving and try to make Prevent a less hostile process. That the DfE does not address any of these concerns is demonstrative of its failure to ensure the wellbeing of the very children and parents it claims to work for.