Islamophobia: when the Whites lose their Triple A rating

Home
Uncategorized
Islamophobia: when the Whites lose their Triple A rating 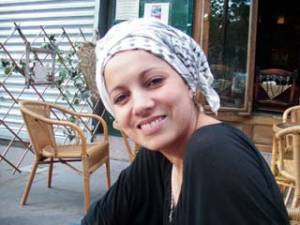 France is an entity that cannot be essentialized. Saying that “France is islamophobic,” or that it isn’t, means nothing because the country is filled with political conflict.

Nonetheless, it can be said that the dominant sentiment in public opinion reflects a growing hostility toward Islam and Muslims. I believe we are witnessing a resurgence of racism in France via an Islamophobia maintained by the media and major political parties for a specific purpose.

The right and extreme right practice it for sure but so does the institutional left, represented by the Socialist Party. The extreme left is also not immune. Let’s not forget that the ban on the veil was supported, even carried, by large swaths of the extreme left during the 2000s.

Given that this ideology covers such a broad political spectrum, it is fair to say that Islamophobia is widespread and largely transcends political parties. If on some questions, such as gay marriage for example, the left-right split persists, this is not the case for Islamophobia.

I don’t believe it makes sense to characterize Islamophobia as a “feeling.” The terms “representation” and “imaginary” are often used, even as Islamophobia is institutionalized. In fact, there are Islamophobic laws.

The 2004 law, for example, is a law against young women who wear the headscarf, a law that transformed – I would even say betrayed – the secular spirit of the 1905 law. Secularity means neutrality of the state: the state is without religion, neutral, and therefore neither atheist nor agnostic. With the 2004 law, the state’s duty of neutrality becomes the duty of the citizen.

I say “racism” because the word “Islamophobia can seem vague. There is a debate about whether it is more accurate to use “Islamophobia” or “Muslimophobia.” For me, it is essential to define the term. Whether we use Muslimophobia or Islamophobia, both must be understood as state racism.

Such racism has no purpose other than to maintain a population in a subaltern state. The term “Muslim” is itself problematic. I am a Muslim, although 25 years ago – when I was already a Muslim – I wasn’t considered one. At that time I was considered a “beurette” or a second-generation immigrant. Self-identifying as a Muslim is not a problem; it’s even a source of pride. However, the fact that I am automatically considered a Muslim bothers me. After all, non-Muslims are not identified above all by their religion. It is a way of defining citizens according to categories and classifications put in place by public policy and debate. A whole population is automatically classified as Muslim without differentiating the practicing, agnostic or atheists among them. We are placed in the Muslim category regardless of our subjectivity.

Automatically classified as a problem citizen

I would even say that “Muslim” also denotes “resident of a poor neighbourhood.” It is sometimes a euphemism for “banlieue.”  Its meaning is pejorative, associated with terrorism, violence, fundamentalism. It escapes me. It is this powerlessness and this situation that render me an indigène de la République. The charter on Islam that the UMP [right-wing party of former President Nicolas Sarkozy] wants to have adopted is nothing more than a new colonial citizenship law. To speak of Muslims is to speak of a problem population that must constantly prove its innocence and denounce terrorists and Bin Laden. Meanwhile, we don’t ask the average Corsican to condemn the attacks on their island and with reason since these are political attacks that are the responsibility of those who carry them out. We Muslims are all guilty. It is paradoxical that, for many, this identity forms the basis of the struggle. Affirming oneself as a Muslim according to our own definition is a way of escaping the state definition that ensnares us. Those from the Caribbean would say we’re like the Maroons, the slaves that ran away and managed to preserve their African way of life.

The state and international politics remain the source of Islamophobia. The war against the “Axis of evil” produces Islamophobia on an international scale that refracts onto French politics and is then exploited within French public debate.

As for the media, the Charlie Hebdo affair back in September points to a lack of equality when it comes to free expression. Though it’s true that Charlie Hebdo has gone after the Catholic religion in the past, that was a case of a white newspaper going after a “White” religion, or one that is considered as such.

What if Tariq Ramadan dared to what Charlie Hebdo did…

If someone like Tariq Ramadan dared to do exactly what Charlie Hebdo did, taking on Jews or Catholics, he’d be massacred. Can you imagine a Muslim paper with the Pope or a rabbi with a bomb on his head on the front page? What is presented as freedom of expression for all remains in fact a privilege of the dominant population. It is clear that if we dared to do one iota of what Charlie Hebdo did while criticizing Catholics or Judaism, the entire political mainstream would be against us, even the most anti-religious. It is ok for Charlie Hebdo to criticize Catholicism but it would not be ok for us to do so. The real questions that must be asked are: Who has the right to criticize? And what does one have a right to criticize? In the end, Charlie Hebdo journalists present themselves as valiant resistors of islamicization without examining Islam in the French context. In France, Islam is above all a religion of the poor and of immigrants and therefore of a part of the population that has no political, economic or media power. They are attacking a population that cannot respond with the same force as those making the attacks.

I often make the comparison to the 1930s and the debate over free expression about Judaism. Would it have been responsible, from a political perspective, to criticize Jews in the 1930s when they were victims of State anti-Semitism? Reference is often made to what’s going on in Saudi Arabia and in other Muslim countries. If I was in Saudi Arabia, I would certainly criticize Saudi state policy. But we are in France and Islam is a minority religion.

To understand the rise of Islamophobia, it is necessary to analyze the current context. We are in a situation of global economic crisis and a the decline of the European identity in the face of emerging countries such as China, India, etc.

The white European identity that dominated the world for 500 years is in decline. The voices – often hysterical – raised in the media against Islam fundamentally express a fear of this decline. How to explain this irrational fear? Whites are losing their historical centrality, their Triple A rating so to speak, and they see all these non-Whites, wrongly identified with Islam, as a threat to their identity. After dominating for centuries, they are figuring out that, like them, others want to live, assert themselves and transform the order established by racism and colonialism, which necessarily signifies for them a loss of power and the privileges that come with it. Those who rightly fight this order to claim their rights and their full place, who fight discrimination, are thus seen as invaders.

Indigenous resistance is perceived as terrifying, illegitimate and abusive even though what people are asking for in immigrant communities and popular neighbournoods is, above all, equality of treatment and of rights. While such demands do not seem outrageous to me, they clearly do for those who fight to preserve their status and privilege while exerting pressure to keep “the Muslims” in a subaltern position as indigènes. This conflict generates pockets of struggle and resistance and while we can’t foresee the outcome, we are right to fear the worst. Our only hope is that the victims of state racism organize themselves quickly to bring about a true political alternative.

Houria Bouteldja is a French-Algerian political activist and blogger. She is also the spokesperson of the Party of the Indigenous of the Republic (PIR). The article above has been translated by Karen Wirsig. First published at www.decolonialtranslation.com