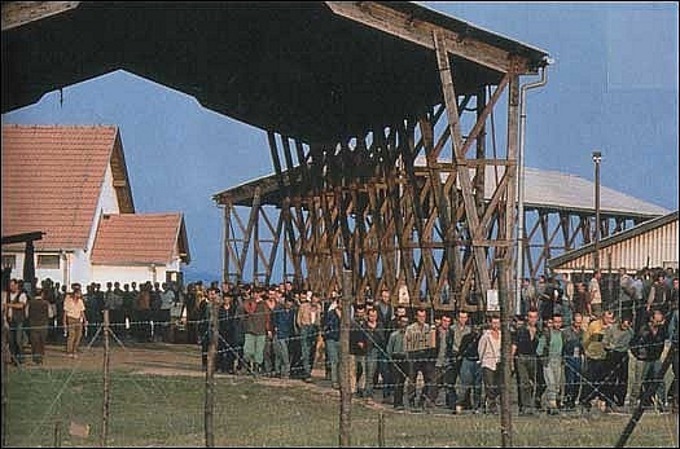 This approx. 3 minute video with questions uses a 2 minute clip of a conversation between a survivor of the Bosnian genocide and a student from the UK.

Tarzina visited Bosnia to learn more about the genocide that took place there in the 1990s. She discusses various issues with a survivor, Demir for @IHRCtv. Here they are discussing the focus on the concentration camps in Bosnia between 1992-5, what happened in them and what the international response was at the time and subsequently. This video was filmed at the Srebrenica Memorial and Cemetery, on the evening after the annual burial ceremony, in July 2017.

Question 1: Before watching this or learning about Bosnia, were you aware there were concentration camps in Europe after the second world war?

Question 2:  What were some of the things that took place in the camps?

Question 3:  Why does Demir feel that powerlessness has affected how the genocide in Bosnia is remembered?

Question 4:  Discuss whether you think it is possible to have camps again in Europe or elsewhere.

Question 1 – This may include e.g. camps in Bosnia, under Stalin.

Question 2 – Using examples given by Demir expand the conversation to discuss that whilst tactics may different in some camps e.g. with Nazi Germany it featured extermination, with Bosnia often starvation, torture, rape and killing, all of these pursue genocidal goals

Question 4 – Many argue that camps such as refugee detention camps in Europe currently are also ‘concentration camps’ and that they always contain the possibilities of the type of genocidal violence and acts associated with the examples above.

Discuss how this could happen e.g. in Europe the rise in populism and the racism that follows, and the detention of refugees; or with the Uighur case in China; or the ICE detention regime in the USA.

What are some of the purposes of a concentration camp?

Answers can include: destruction of a population (Nazi Germany); being a suspect community (Japanese internment in USA); “re-education” (Uighur).

ARTICLE: Long read ‘It’s a place where they try to destroy you’: why concentration camps are still with us. [external link] Mass internment camps did not begin or end with the Nazis – today they are everywhere from China to Europe to the US. How can we stop their spread? By Daniel Trilling (August, 2020)

REPORT: GRIEF OBSERVED: Uighur Testimonies (April, 2020) This report briefly overviews reports of camps based on testimonies of Uighur refugees, and summarises what international laws have been violated.