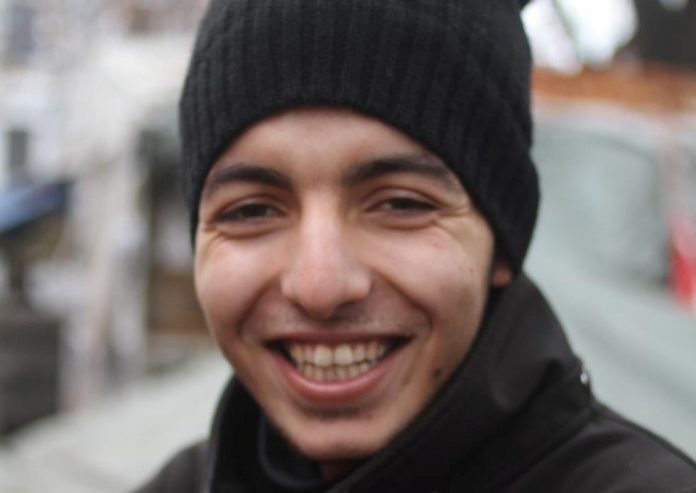 I was hoping that the next update I share with you about the Palestinian’s tent camp in Oslo would say that: The Norwegian government realized that these 25 men who have been in the streets for more than 7 months deserve to stay in Norway since they are stateless and came from the oldest war zone on earth, and since most of them are well educated people and can easily be integrated into the Norwegian society so it make more since to let them stay and give them the stability that they never experienced before!

But this is only me the optimist who can see something good in everything, even if it was so bad!
The news I’m delivering today I’ll write it with tears in my eyes, one of the young men in the tent camp was arrested today 30th of November by the immigration police, Mohammed comes from West bank he came to seek asylum in Norway, his application was rejected and he was ordered to go back to west bank as it’s a safe place to be in according to the Norwegian government, who changed their asylum policies in regard of the Palestinians after 2009 for no obvious reason.

The camp members and the Norwegians who are supporting the cause are trying to get the lawyers to stop his deportation, while many think it’s only the beginning to more similar incidents in the near future.

The camp are getting so much attention and support in the local media outlets and the set-in considered the longest in Europe so far.

Rim Al Banna a famous Palestinian singer who visited the camp few times and always supported the resident of it wrote on her Facebook account about the incident in three languages:

I’m wondering if the tragedy of these people will ever end and they’ll ever live a normal and stable life conditions like the rest of the nations.