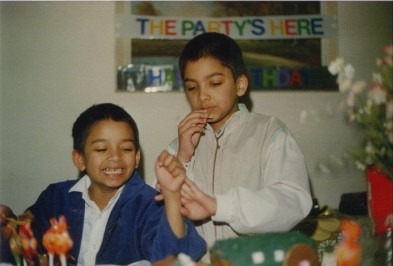 He’s accused in the US of alleged terrorism-related offenses over his involvement with a series of websites.

Many of the pictures available of Ahsan are from his childhood. Now 32, he’s spent the last 5 years in a British high security prison without charge or trial pending extradition to America.

At a packed meeting at the Islamic Human Rights Commission in London, Ahsan’s supporters read out poetry he’d written from his prison cell.

Ahsan’s lawyer said his incarceration was symptomatic of the UK’s subservience to the United States, and she challenged the British authorities to try him in this country.

Meanwhile, Ahsan’s parents frequently broke down in tears. They said their son suffers from the medical condition Asperger’s Syndrome and described him as an innocent man.

Although Talha Ahsan remains behind prison walls he continues to argue against extradition to the United States where he says he faces life in prison in draconian conditions. He says all he wants is a fair trial in the UK.