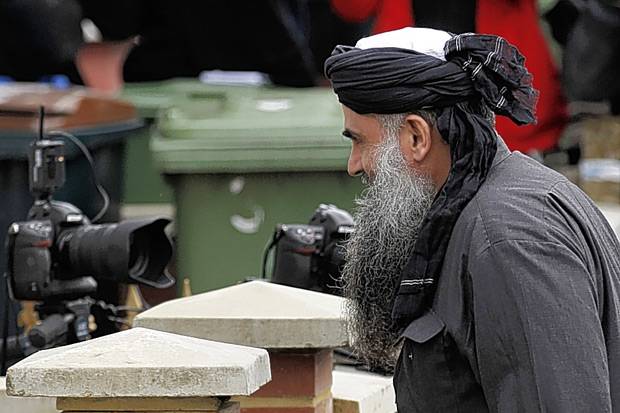 Today’s acquittal of Abu Qatada by a Jordanian court is a damning indictment of the British government’s decision to extradite him from the UK highlighting just how far it has abandoned due process and the rule of law.

Abu Qatada, who was demonised in Whitehall and the mass media as the “spiritual leader of Al-Qaeda”, was finally deported to face trial in Jordan in 2013 after an exhaustive but ultimately unsuccessful campaign by the British government to prosecute him.

For over 10 years since his arrest in 2002 the preacher was subjected to repeated spells of imprisonment without charge or under control orders that virtually confined him to house arrest while successive British governments sought to try him and failing that pursue his extradition to Amman to face historic allegations of terrorism. Observers at the time remarked on the irony of the British government extraditing an individual whom it had originally granted political asylum on the basis that he was felling persecution in Jordan.

The deportation came despite a 2008 ruling by the UK Court of Appeal that Abu Qatada’s 1999 conviction for terrorism in Jordan was based on evidence extracted through torture. and in the face of a 2012 observation by a Special Immigration Appeals Commission judge that the evidence presented by Jordan against Abu Qatada was “extremely thin”.

The rule of law and due process was also not allowed to stand in the way of Abu Qatada’s extradition. If a court ruling went against the government it sought to reverse the decision in a higher court. When that avenue was closed off it signed a treaty with Jordan designed specifically to sidestep the ruling and clear the way for deportation.

Today’s verdict is Abu Qatada’s second acquittal since his return to Jordan, the first occasion being last June. His innocence appears to vindicate his claim that the British government was engaged in a concerted, unremitting campaign of persecution against him simply because he was considered to hold unsavoury views which included challenging western foreign policies towards Muslim countries.

The alarming reality is that on the basis of this mere dislike for Abu Qatada’s opinions, had he been living in Iraq, Afghanistan or Yemen, he could easily have become the victim of an extra-judicial assassination by way of a drone strike.

IHRC chair Massoud Shadjareh said: “The irony of today’s acquittal is that had the British government heeded calls by IHRC and other organisations for Abu Qatada to be put on trial in Britain or released, justice would have been served a lot earlier at much less expense to the British taxpayer and due process would not have been so compromised.”