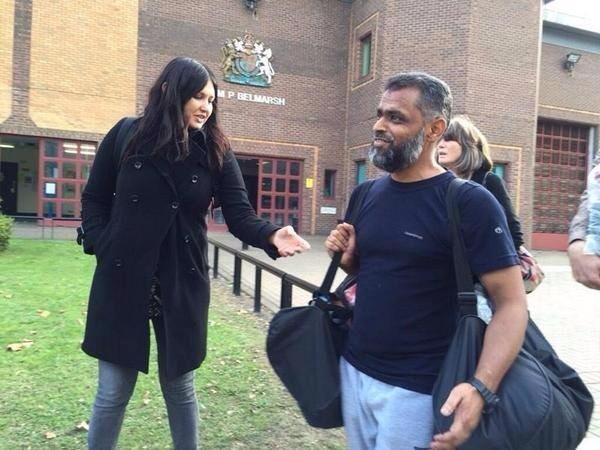 The collapse today of the prosecution of Moazzem Begg raises urgent questions of the UK authorities and their discriminatory treatment of British Muslims.

A judge at the Old Bailey ordered Mr Begg’s immediate release today after the Crown Prosecution Service admitted there was no reasonable prospect of securing a conviction on any of the seven terrorism charges laid against him.

Mr Begg had been in detention for the last seven months after being arrested following one of his many trips to Syria where he has been carrying out humanitarian work with refugees from the conflict there.

This is not the first time that Mr Begg has been the victim of official abuse of power. After 9/11 he was abducted from Pakistan and held in the notorious Bagram air base in Afghanistan and the Guantanamo Bay detention facility for three years. Upon his release he filed a lawsuit against the British government for its alleged involvement in his abduction and maltreatment. The lawsuit ended with an out of court settlement believed to be a seven-figure payment made by the British government.

Mr Begg works for the campaign group Cage which defends the rights of those affected by the US-led war on terror and which has been at the centre of a drive by the authorities to present its activities as sympathetic to terrorism.

Today’s court order throws into question the whole basis for arresting Mr Begg in the first place. His visits to conflict torn regions in Syria were not only publicised but Mr Begg was also engaged in an ongoing dialogue with the security services about his activities.

IHRC chair Massoud Shadjareh said: “We welcome the decision today to free Moazzem Begg. As was widely suspected there seems to have been no basis for his arrest and it does seem that as a high-profile member of the Muslim community, Mr Begg was being made an example of in order to silence activists campaigning against draconian anti-terrorism laws. His persecution is especially disturbing in the context of yesterday’s Conservative election manifesto pledge by the Home Secretary Theresa May to impose new curbs on organisations and individuals who are considered to hold “extreme”, or “non-British” values. Under these proposed laws the likes of Mr Begg and other who outspokenly criticise western foreign policy would be criminalised for merely their beliefs and opinions”.