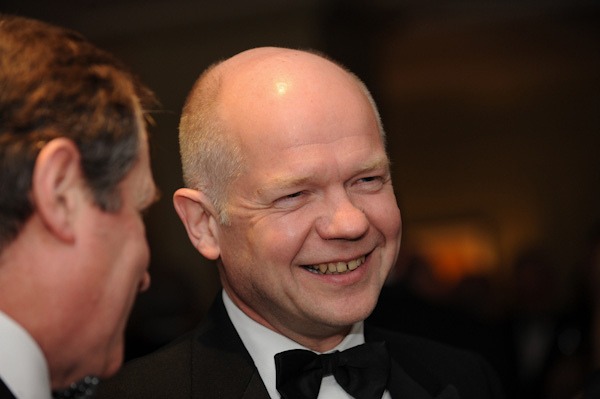 In the letter sent today IHRC accuses the British government of being highly selective in its determination of countries whose actions give rise to concerns in Foreign and Commonwealth Offices’ Human Rights and Democracy Report 2013, published earlier this month.

Noting the exclusion of Bahrain from the list of ‘countries of concern’, the letter points to the violence employed by the ruling al-Khalifa regime to put down the island nation’s popular uprising, including meting out death sentences to activists.

“This is a case that should merit significant attention from the FCO, considering one of its ‘six global thematic priorities’ is the abolition of the death penalty,” states the letter. “The recent arrest of a teenager and his two and a half year sentence for criticising the King on Twitter also specifically conflicts with the UK’s commitment to freedom of expression on the internet.”

The letter criticises the nature of the relationship that Britain enjoys with Bahrain suggesting that growing strategic military cooperation between the countries is responsible for Whitehall’s silence. In view of the fact that Britain enjoys a lucrative trading relationship with Bahrain, which includes supplying arms that are being used to quell the uprising, the letter accuses William Hague of putting profit before principle.

The letter also attacks the government’s failure to adequately address Myanmar’s continuing oppression of its Rohingya Muslims by way of the denial of citizenship, restrictions on childbirth and prevention of cross-cultural marriages. All these are examples of genocidal acts that warrant a firmer response by the British government than simply requesting the offending government investigate reports of violence.

The letter accuses the government of hypocrisy in citing countries from the “global south” and ignoring major human rights problems in western, white-majority’ countries. Referring to the USA’s liberal use of the death penalty it asks why a country that has executed more people per capita than Pakistan, Yemen and North Korea, all of which are mentioned in the Report in the context of the death penalty and all of whom are called upon in no uncertain terms by the UK to impose a moratorium on the practice, is not similarly treated.

Another disturbing feature of the report, according to the open letter, is the cynical use of human rights by the government to advance an aggressive foreign policy agenda. For example, stated concerns about the use of violence against women as a tool of warfare in Libya are not genuine and are raised to “provide a cover for potential military intervention by Western governments”, in much the same manner as they were employed as a justification for military intervention in Afghanistan.

The letter also criticies the report of failing to acknowledge rising Islamophobia at home. While it accepts that domestic issues are outside the remit of the FCO, it expresses disappointment that “the language used addresses the seriousness of anti-Semitism in the UK but is not echoed with similar rigour in the discussion of anti-Muslim hatred”.

The open letter can be read in full at https://www.ihrc.org.uk/activities/campaigns/11001-open-letter-to-william-hague-28-april-2014