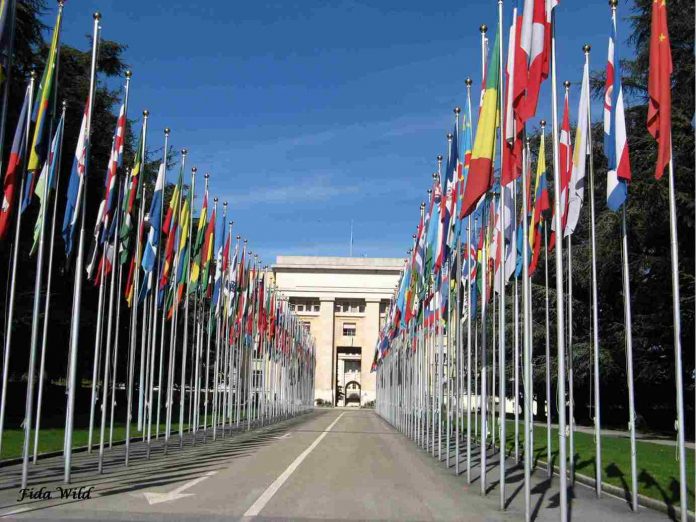 The IHRC wishes to highlight continuing discrimination against minorities in Canada, France, UK, USA and Netherlands.

The Islamic Human Rights Commission wishes to draw your attention to ongoing persecution of Muslims and discrimination against Muslims in the countries listed below. In all of them hate crimes and policies are made possible by a hate environment created by media and politicians which structurally subjugate a perceived ‘other’.

Canada is often held up as a beacon of multiculturalism. However that is certainly not the case for its Muslim residents.As residents from or with heritage from the Middle East and South Asia, Canada’s Muslims suffer doubly from racial and religious discrimination with the latter increasingly overtaking the former. Nearly two-thirds of Muslim respondents to our recently published 2014hate crime survey had seen policies or practices at work, school or business that excluded or negatively affected Muslim people. Over a third had experienced job discrimination based on religion while 67% said they believed that Canadian politicians condoned discriminatory acts against Muslims. One of the most disturbing consequences of Islamophobic social attitudes and practices is that they contribute to silencing, marginalising or excluding Muslims if they are seen as not quite belonging or if they always have to justify and explain themselves in ways which other Canadians are not expected to do. Such experiences can only take place in an environment that not only tolerates hate crime but creates and reinforces it. Some 9 out of 10 Canadian Muslims in our survey had seen some form of negative or insulting stereotypes of Muslims in the media and nearly three-quarters had seen policies that negatively impact their community.

The USA continues to be a hostile climate for its Muslim minority.Whilst perceptions of the US as the model of religious freedom and tolerance attract many to its shores, the reality for Muslims is often very different. Large numbers of Muslims remain subject to hate-motivated social and political attitudes created by the media and politicians which impact adversely on their everyday lives. Inits third biannual poll of American attitudes toward Arabs and Muslims conducted in October this year, the Arab American Institute (AAI) found that there has been a continued erosion in the favourable ratings Americans have of both Arabs and Muslims, posing a threat to the civil rights and political inclusion of both Arab Americans and American Muslims. For example, in 2010 favourable ratings for Arabs were 43 percent. They have now declined to 32 percent. For Muslims, the ratings dropped from 36 percent in 2010, to 27 percent in the 2014 survey.

Following the attacks of 9/11 Muslim profiling has become legitimised through legislation such as the Patriot Act and NDAA making suspicion the main prism through which Muslims are perceived. The normalisation of discrimination is also worrying as it has helped make more and more Americans comfortable with profiling. The AAI survey just mentioned also found that 42% of Americans supported the use of profiling by law enforcement against Arab Americans and American Muslims. Naturally Muslims and Arabs are becoming alienated. An IHRC survey in California (2012), often touted as the most liberal and progressive state in the US, showed a staggering 88% ofMuslim respondents reporting negative experiences in everyday life, media, political discourse and policy.A staggering 29% of respondents stated they had experience violence as a result of being (or being perceived to be) Muslim.

Anti-Muslim hostility and discrimination are alarminglyrife in the land of liberté, egalité and fraternité despite the fact that it is home to the largest Muslim population in western Europe. Muslims are routinely victims of hate and discrimination at every level of society, from hearing Islamophobiccomments being made by politicians to the implementation of Islamophobic policies. In a widening of the scope of its hijab ban in state schools and public service posts France also banned the public wearing of the face veil, a decision that was upheld this year by the European Court of Human Rights. In doing so it legitimised a very narrow interpretation of the separation of religion and state motivated principally by Islamophobia.The dress laws in particular have had drastic consequences for Muslim women effectively excluding a large proportion of them from state employment. The bigotry aroused by the subject of Islamic dress has incited attacks on Muslim women wearing the headscarf. Muslims and their places of worship continue to be attacked at an alarming rate. In July, France also became the first country in the world to ban pro-Palestinian protests.

Physical and verbal assaults, oppressive legislation, media misrepresentation and discrimination in employment also affect Britain’s approximately three million Muslims. Here too most Muslims are highly critical of the media believing that it portrays the community in a negative light and together with disparaging comments made by politicians creates a social climate in which acts of hate are encouraged. Social cohesion has increasingly been used by politicians as a fig leaf for attacks on multiculturalism and within that the non-assimilation of the Muslim minority. Physical attacks against Islamic places of worship and members of the Muslim community, some of them fatal, have continued to occur, their incidence usually spiking after headline events such as the killingby Muslim men of British soldier Lee Rigby in London in the summer of 2014.The British government continues to treat the Muslim community as a security problem continuing to apply anti-terrorism measures disproportionately against Muslims – including the arrest of ex-Guantanamo detainee MoazzamBegg – and proposing to enact still more. The past year has also witnessed an aggressive government witchhunt targeting the right of Muslims in Birmingham to govern Muslim-majority schools, instigated by a right-wing minister using the Islamophobic tropes of misogyny and extremism as a pretext to remove Muslim school governors from their posts.

In 2014 the annual Sinterklaas Festival became a testing ground for the status of ethnic minorities and their attempts to influence what it means to be Dutch. The festival is based on a legend that every December 5th, St. Nicholas travels to the Netherlands from Spain to reward or punish children. Accompanying him are an army of helpers or “Black Petes”, clownish and acrobatic figures dressed in Moorish page suits. While the legend of Sinterklaas is rooted in Middle Age European history the character of Black Pete is a colonial construct dating from the 19th century at the height of the Dutch Empire. At the time the figure of Black Pete was produced the Netherlands was a global colonial power involved in slavery and slave trade for more than 200 years. From the late sixteenth century to the abolishment of slavery in 1863, the Dutch had traded over half a million African men, women and children across the Atlantic and enslaved millions more. Black Pete symbolised the colonial subjugation of black Africans which was underpinned by a dominant biological discourse of racism that translated into stereotypical images and representations of black people as stupid, ugly, childlike, ruled by base desires and impulses who were closer to apes than humans. Those stereotypes became engrained in Dutch popular culture. In July, following a case brought by equality activists, the mayor of Amsterdam was ordered by a judge to reconsider theannual Sinterklaas parade through the city on the grounds that it was based on racial stereotypes. IHRC welcomed the ruling but was dismayed to see it overturned several months later by the Council of State, the country’s highest appellate court. The racist aspects of the commemoration of Sinterklaas are offensive and an affront to the memory of those who suffered from European colonialism.

IHRC urges the UN HRC to ensure that minority protection concerns extend to minorities in all countries and not just non-Western jurisdictions. Otherisation of out-groups in these settings is not just a domestic issue. Recent years have provided ample evidence that demonisation and exclusion by western governments also helps them to legitimise external illegal interventions including war.