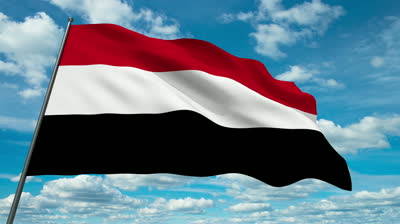 Set in this context the Saudi-led military campaign launched by an alliance of Arab states including Egypt Egypt, Morocco, Jordan, Sudan, the United Arab Emirates, Kuwait, Qatar, and Bahrain under the pretext of restoring the “legitimate government” ring hollow. Having lost legitimacy and lacking national support, Hadi is at best a lame duck president and at worst a pawn in the hands of external actors. It is even more far-fetched to assume that the countries making up the alliance, largely repressive western-backed autocracies that have done everything in their power to oppose political reform at home and elsewhere in the region, are risking their own blood to uphold the fundamental rights of non-nationals (after all charity should begin at home).

The architects of ‘Operation Decisive Storm’ – a misnomer because foreign military campaigns in a country as fractious and tribal as Afghanistan have never resulted in a decisive victory – have also tried to present the aggression as necessary to stem Iranian influence in Yemen via their fellow Shia Zaydi brethren. However, Tehran’s role in the arming of the Houthis is by no means clear. According to the whistle-blowing Wikileaks website, a 2009 cable from the US Embassy in Riyadh notes that then President Saleh provided “false or exaggerated information on Iranian assistance to the Houthis in order to enlist direct Saudi involvement and regionalise the conflict.”

Another secret cable states: “Contrary to ROYG (Republic of Yemen Government) claims that Iran is arming the Houthis, most local political analysts report that the Houthis obtain their weapons from the Yemeni black market and even from the ROYG military itself.”

Desperately seeking legitimacy for their aggression, the Saudi-led coalition has also peddled the myth that the Houthis are bent on imposing Zaydi rule over the country in what would represent an expansion of Tehran’s arc of influence in the region. Again however the facts don’t support their claims. It would appear that the highly charged sectarian rhetoric coming from Riyadh in particular is designed to drive a wedge between confessional groups who have co-existed peacefully for centuries.

Zaydis and Yemeni Sunnis (mostly Shafi’i in jurisprudence) have traditionally gotten along just fine. According to the Yemeni blogger Abubakr Alshamahi it is not uncommon to find Sunnis and Shias praying side by side.

“…An example – my local mosque’s Friday sermon is delivered by an Egyptian sheikh from al-Azhar (a Sunni), the Zaydi call to prayer is given, the Imam leading the prayer is Zaydi, and the congregation is evenly split. My own family are split between Zaydis and Shafi’is, and those that prefer to call themselves just Muslim and leave the details to one side. And all was good…”

The UN says some 150,000 people have been displaced by the latest fighting, and another 12 million are short of food. Many hundreds have been killed and thousands injured – most of them civilians. There is no doubt that the military campaign is illegal, lacking as it does the approval of the UN Security Council. However, even that body is complicit in the bloodshed. Earlier this month the Security Council, amongst other things, imposed an arms embargo against the Houthis and their allies. It speaks volumes about the UN resolution that it failed to note, let alone condemn, the ongoing GCC military attacks in Yemen that have only complicated the task of finding a political solution.

It would be an insult to the people of Yemen to reduce the crisis there to an internecine sectarian conflict or regional power play. Their grievances are many and legitimate, and at their head is the right to determine their own affairs. However for the ruling western satraps in the neighbourhood, that is a demand too far because it imperils their own positions. These Gulf Arab autocracies have poured billions into reversing the achievements of the popular uprisings that swept Egypt, Libya and Bahrain. Their military intervention represents a continuation of their strategy to frustrate the legitimate aspirations of the region’s people and usurp their revolutions. Bombing Yemen is a defensive – but ultimately futile – ploy to prevent the winds of change from reaching their shores.