The Problem with Gita 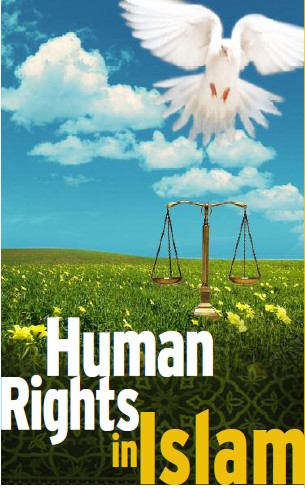 Facebook
Twitter
LinkedIn
WhatsApp
Email
During my many years working at the Islamic Human Rights Commission, several valuable minutes were wasted every morning deleting hate mail which often described the organisation as an oxymoron or a contradiction in terms before descending into a volley of Islamophobic and racist abuse.

For those who send such emails, Islam and human rights cannot coexist. They are mutually exclusive concepts. The recent saga involving Gita Sahgal and Moazzam Begg is even further problematic. Sahgal is not a bigoted coward using a pseudonym hiding behind her desktop; she is the chief of the gender unit at Amnesty International, the globally recognised symbol of human rights. For someone of her ilk to condemn Moazzam Begg and his human rights organisation, Cageprisoners, as Trojan Horses for the Taliban and al-Qaeda, reveals that such an Islamophobic mindset exists even within those that the world looks up to as defenders of human rights for all.

Sahgal has unfairly and unjustly condemned Amnesty International’s relationship with Moazzam Begg and Cageprisoners. With respect to Begg, she accuses him of standing for a “set of ideologies that support not only violence in itself but very very discriminatory behaviour, systematic discrimination against women, religious minorities, and Muslims who don’t agree with them.” What she bases this on remains a mystery. Perhaps she has bought into the US propaganda which was used to justify Begg’s detention in the first place.

The fact of the matter is that Begg is someone who was kidnapped, tortured and detained without charge for three years after which he was released without charge. The fact is that to date, he has never been charged, tried or convicted of a terrorism offence, either in this country or abroad. The fact is that before Begg was kidnapped, he was involved in the building of, the setting up of and the running of a school for girls in Afghanistan during the time of the Taliban.
The fact is that Begg has during his lifetime vociferously defended the human rights of the women of Bosnia, Chechnya and Kashmir against the brutal rape and torture that was committed against them. The fact is that Begg routinely reaches out to Muslims and non-Muslims alike, of all denominations, even touring the UK with ex-US soldiers. If Sahgal has evidence to support any of her allegations, she would be well advised to produce it.

As for Cageprisoners, Sahgal describes it as a “jihadi” organisation “committed to systematic discrimination” and accuses it of having “an agenda that is way beyond being a human rights organisation.” Her only evidence in support of such allegations is firstly, that Cageprisoners campaigned for notorious clerics such as Anwar al-Awlaki and secondly, that Begg and Executive Director of Cageprisoners, Asim Qureshi, support the concept of armed jihad in self-defence against oppression and foreign occupation. Firstly, Cageprisoners is a human rights organisation that was established and exists solely to raise awareness of the plight of the prisoners at Guantanamo Bay and other detainees held as part of the War on Terror.

Its sole objective is to ensure that anyone suspected of terrorism is granted full due process in accordance with their basic human rights and fundamental freedoms. In the climate we live in today, this effectively means that Cageprisoners has over ten thousand detainees it will attempt to support and campaign for to the best of its abilities The universality of human rights, which Sahgal alleges Cageprisoners works to undermine, means that not one of these individuals should be denied those rights, irrespective of their beliefs and actions.

Cageprisoners campaigned for the release of Awlaki when he was detained without charge in Yemen. Amnesty International has also campaigned for the rights of controversial figures such as Abu Qatadah and all of the Guantanamo Bay detainees, including Khalid Sheikh Mohammed, due to their being detained without charge. Like Amnesty International, Cageprisoners sees no contradiction in campaigning for due process for such individuals whilst firmly adhering to the principle that innocent civilians can never be targeted by any party.

Secondly, Cageprisoners believes in the right of people living under foreign occupation and facing oppression to raise arms in self-defence. In doing so, Cageprisoners is merely reiterating international law, specifically Article 1 of Additional Protocol 1 to the Geneva Conventions which recognises the legitimacy of the use of armed force in the struggle for self-determination against colonial domination, alien occupation and racist regimes.

As Muslims, we are commanded by God to stand up for justice and to defend the rights of the oppressed. So if there is any hidden agenda at play at Cageprisoners, it is that it is motivated by Islam and by Quranic injunctions and not by secularism. This however has never been a secret and anyone familiar with the work of Cageprisoners is aware of this.

Just as charitable organisations such as Christian Solidarity Worldwide or Amnesty International should not be condemned for their respective sources of inspiration, neither should Cageprisoners. If anyone should be suspected of having an agenda, it is Sahgal. Despite several friendly invitations to a dialogue from Cageprisoners, Sahgal has refused to accept claiming she feels “profoundly unsafe” even talking to Begg or Qureshi. Really? Begg and Qureshi have shared platforms and held meetings with international lawyers, journalists, activists , celebrities, and humanitarians, none of whom ever reported feeling threatened by them, not even Begg’s former guards at Guantanamo. Again, Sahgal refuses to provide any basis for her irrational fear and instead simply continues to make her unfounded allegations through the media.

God says in the Qu’ran: “Co-operate in good and piety and do not co-operate in sin and transgression” (al-Maidah, 5:2).