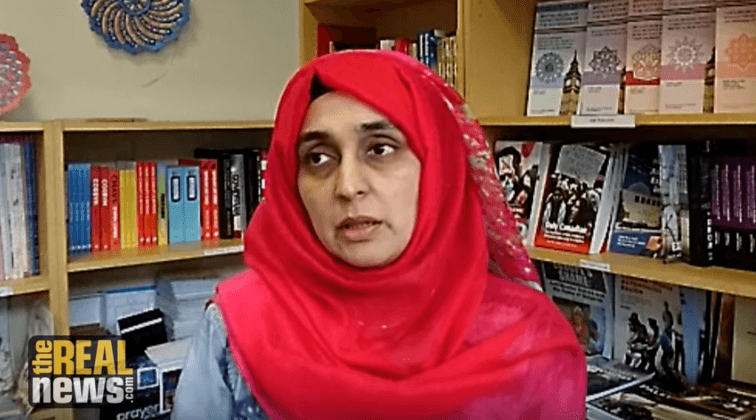 The independent reviewer of terrorism legislation in the UK, David Anderson, has resigned from his position after six years. The barrister is well known for travelling across the country, seeking the views of different groups of people, in response to the UK government’s anti-terror and anti-radicalization laws.

Just as he stepped down from his post, Mr. Anderson suggested that the government’s anti-radicalization program could work properly if it was reformed. Here’s what he had to say.

DAVID ANDERSON: This is a program that is simply not trusted by a very large number of decent British Muslims. One thing they need to do, is do a much better job of explaining what they are doing. What the basis is, for the interventions that they’re making, what the training materials say, what is their metric for success?

I think they also have to do a better job, particularly nationally, of engaging with a wider range of Muslims.

SHARMINI PERIES: Joining us today to discuss these programs, and David Anderson’s resignation, and his position as the most recent watchdog that has resigned, and we want to discuss all of this with, Arzu Merali.

Miss Merali is co-founder of Islamic Human Rights Commission, and she co-authored, “Environment of Hate: The New Normal for Muslims in the UK.” Thank you so much for joining us today, Arzu.

ARZU MERALI: Thank you for having me on.

SHARMINI PERIES: So, Miss Merali is co-founder of Islamic Human Rights Commission, and she has co-authored a number of articles, including, “Environment of Hate: The New Normal for Muslims in the UK.” So, Arzu, let’s begin with why Mr. Anderson stepped down, and what is the significance of it?

ARZU MERALI: I think there’s law developing at the moment, that somehow David Anderson was frustrated with the limitations on him, and the post that he was holding. In particular, he has spoken many times about the policies that surround the anti-terrorism laws in particular. The prevent policy which is now statutory duty, which actually falls outside of the remit of the role he held. So, there are indications that there were some frustrations there, and so on and so forth.

Whether that’s the truth of the matter, I’m not in a position to say. But because I think there has been a more sympathetic reception for Anderson within civil society, definitely than his predecessor. These kinds of stories are abounding. Having said that, for people like myself, coming from, you know, … perspectives, on the issue of the anti-terrorism laws. We’re not sure, really, what the significance of that is, because the position itself is so … in terms of what it can do, and what it has done. Regardless of who’s been in the post, that really these sort of small, you know, moments of little significance, actually.

SHARMINI PERIES: Right. Tell us a better sense of the anti-radicalization project, and why it’s significant? And what was Anderson talking about in that clip, in terms of, if it was reformed, it could be more effective? What did he mean by that?

ARZU MERALI: I have to say first of all, that whilst he was in the post for most of the time, he has sounded more critical than actually his parting comments suggest. That’s been alarming for a lot of us. He’s essentially talking about what exists, what is called, “prevent program”.

There are other facets of the four-pronged approach by the government, but it’s the prevent program, and anti-radicalization, or de-radicalization, that is the focus of most controversy. And this started out as a program encouraging people, to essentially report on people they feared were at risk of radicalization. What that means, nobody knows.

And therefore, you had a lot of very subjective, prejudiced, referrals to anti-radicalization, and deradicalization programs. In particular, channel, which is supposedly a deradicalization program, where a lot of people, in particular children and students, have been referred to over the years. Now, since that has become law over a year ago, the referrals have risen exponentially. And there have been many cases coming to light, that are really so ludicrous, you couldn’t make them up if you were writing a comedy.

Children as young as four, being referred because they drew a picture of a cucumber clock, and somehow the teacher heard, “cooker bomb”, called the police, without even informing the parents of the child, and so on and so forth.

Now, Anderson has basically said that, you know, there isn’t a problem with the program, that’s what his parting comments in the article he’s written has basically discussed. It’s just that there is a kind of misperception, amongst Muslims in particular, that there is something, you know, they feel there is something shady or discriminatory. Or, you know, it’s a bit opaque, therefore, we should have… You know, his argument is we should have more transparency. Therefore, people would buy into it and accept it.

So, his idea is to make something that is actually deeply criticized by members of civil society, as essentially rolling out a surveillance state, and creating a police state. Because ultimately, Muslims in particular, have found themselves policing their thinking, their activities, and so on, as a result of this program.

Rather than saying this is a problem, he is really simply talking about making a little bit more accountable to Muslims, or a bit more transparent, and then they would see that it is working properly. And there’s a huge dissonance here, between what people on the ground are feeling, and unfortunately what the watchdog — which a lot of them put their hope in — actually seems to be the operation of this program.