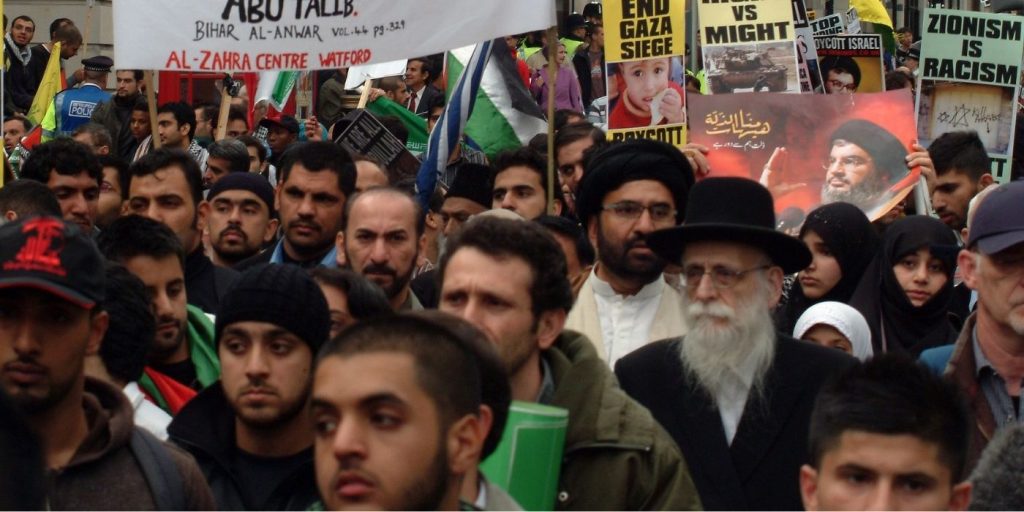 I am writing to draw your attention to the Community Security Trust, a charity that ostensibly exists to “provide safety, security, and advice to the Jewish community in the UK”, but which routinely seems to be engaging in political activities that are at odds with this purpose.

From its recent activities, far from its declared purpose, it is clear that the CST’s raison d’etre is actually to protect the state of Israel from criticism and censure.

This is evidenced from the fact that the organisation frequently attacks and challenges those who organise or take part in campaigning for the rights of the Palestinians, invariably using the tactics of character assassination, false accusations, Islamophobia and racism.

The most recent example of this was the reaction to a student demonstration against the presence of the Israeli ambassador to the UK, Tzipi Hotovely, at a debate hosted by the London School of Economics Debating Society on Tuesday 9 November 2021.

This was by all accounts a peaceful protest that attracted scores of students and others from all backgrounds, with many wishing to express their opposition to racist Israeli policies that have seen Palestinians dispossessed and oppressed for over 70 years. The event passed off peacefully and no arrests were made.

However, since the event, the CST has made unsubstantiated allegations in the media about supposed anti-Semitism amongst the protestors and about the threat these types of protests pose to Jewish students, deliberately conflating anti-Israel activity with anti-Semitism. The CST has increasingly relied on this false equivalence to demonise anti-Israel campaigners, attempting to damage their credibility using the charge of racism.

In reality, it is anti-Semitic to presume that all Jews agree with the actions of the state of Israel vis a vis the Palestinians because that relies on a stereotype or assumption that all members of one ethno-religious group share the same political values. This is clearly not the case.

In another glaring example of racism, in order to pursue its de facto objective of shielding Israel from criticism, the CST also uses Islamophobic tropes about terrorism and extremism to demonise Muslim campaigners, routinely calling them apologists and supporters of terrorism and hatred.

The protest outside LSE on 9 November was a prime example of how the CST goes about its work. In the immediate aftermath, its head of investigations Marc Goldberg published an article in the Jewish Chronicle, brazenly misrepresenting the event as violent and linking participants in the protest with terrorism.

Whilst the Charity Commission has been at pains to remind Muslim charities to steer clear of taking positions on the Palestine issue, the CST has been given a free pass to support Israel, using underhand methods.

We urge you to launch an immediate investigation into the CST which we believe has breached your code on engaging in political activity, spreading racial hatred, and the need for remaining impartial. Failure to do so will call into question the integrity of the Charity Commission and will bring the regulator into disrepute.

We should be grateful if you would advise us about the outcome of your investigation as soon as possible.