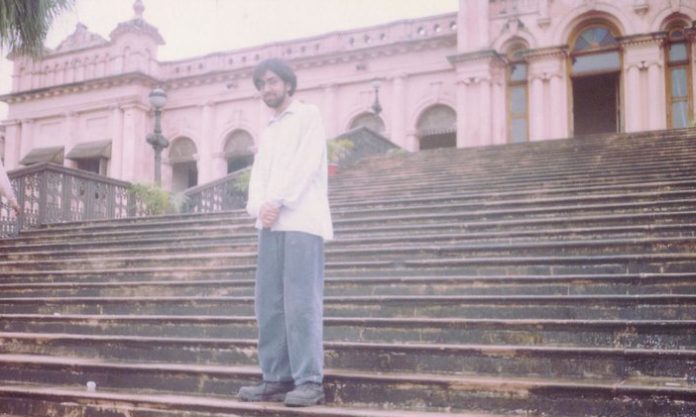 Commemorate the One Year Anniversary of Extradition

October 5, was the day Talha was put into a black van from HMP Long Lartin and extradited to a US Supermax prison, now spending a year in pre-trial isolation in solitary confinement. Theresa May boasted “wasn’t it great to say Goodbye to Abu Humza & those 4 others” conflating cases as a cheap trick.

A week of intensive online activity to remember this national tragedy and scandal.

2 – make a poster for www.extraditionfilm.com
and flyer you college / university campus

3 – wear the Extradite Me – T-shirt all week

Interview with Tariq Ramadan on DAY OF EXTRADITION

Is It cos I is Muslim?
Part 4 with Peter Oborne & Jeremy Corbyn

Extradition and Its Discontents: Why Muslims have gotten the Message – Arzu Merali

To Talha, Tony and Teresa on the Tyranny of European Value – Arzu Merali

Solitary Confinement is no Place for a Poet – A. L. Kennedy

Extradition is muddled, unjust and in desperate need of reform

IHRC has campaigned against the extradition of Talha Ahsan, Babar Ahmad and others but unfortunately the British judicial system failed these men and they have now been extradited to the US.  These men who have languished in prison for seven years without charge with immeasurable agony to themselves and family have now had the final death blow to their lives.

We would expect “justice” like this from a authoritarian state not one that claims to be democratic and transparent. The one sided extradition treaty needs to be changed and the lives of British citizens must be protected by the British state.

IHRC has campaigned for the release of Babar Ahmed and Talha Ahsan continuously and has urged their supporters to do the same. However, it is clear now that the British judiciary is not in place to serve the British people, and in this case has acted in the interest of the US. We would have thought that the days of the UK playing poodle to the US had left us when Tony Blair left office.

This verdict tells the world that the British judiciary is inadequate to deal with cases and has to extradite suspects to the US.

Chair of IHRC, Massoud Shadjareh said, “This is a deeply depressing decision, one which shows up the British judiciary and the politically charged nature of this specific case.”

“IHRC will continue to campaign for justice for these men, even if they are extradited to the US. This case will serve as a dirty mark in British judicial history, one that people in years to come will look back on with shame.”

Campaign to have Talha tried in the UK – write letters to the Home Secretary, DPP and Attorney General to prevent Talha and the others from imminent extradition

If convicted he will spend 70 years in “supermax” solitary confinement in ADX Florence.  The trial is scheduled for October 2013.

.  You can also write to him.  Email info@freetalha.org with your letter and WRITE2TALHA in the subject heading

Guidelines for writing to Talha Ahsan in USA:

Talha appreciates and love to receive letters. Thank you for solidarity. He usually writes back to anyone who writes to him. As he is in pre-trial solitary confinement, this company is of great value.

Conference: The New Colonialism: The American Model of Human Rights