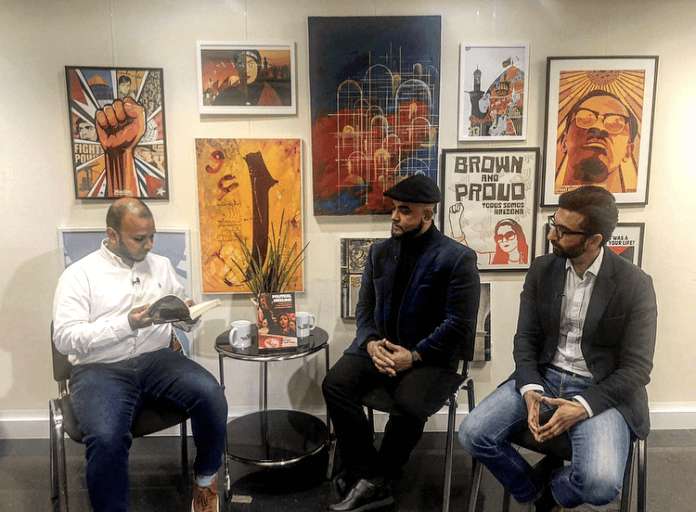 The discussion began around the relationship with Britain and its former colonies throughout the Muslim world and the history of imperialism. One of the first questions asked was that as Muslims in Britain, what is unique about us? Sadek Hamid spoke about the perceived ‘success’ of Muslims in Britain, such as the Halal industry, having a Muslim Mayor, etc., suggesting a sense that Muslims are in a strong position. Taher Abbas explored terminology used like ‘Islamists’; he said “most of us are children of immigrants and that makes us political. What makes us Muslim is diverse in experience including poverty. Islamism does not imply violence or radicalism but rather means political active… which means you’re an involved, progressive, citizen”. Furthermore, the speakers noted that governments struggle with understanding the difference between being political and being violent, and so when Muslims are critical or ask questions, they are seen as troublemakers, and therefore Islamists, and consequently sympathetic to terrorists.i
Sadek Hamid and Tahir Abbas spoke about people in the Muslim community that are pro-Prevent and How does the usage of the word Islamism plays out. The speakers discussed Islamist movements and that Islamism is over 100 year old political project, a reformist religiously-inspired movement that came to resist colonialisms, but the movements mutated post-independence. Additionally, Islamists are feared for their potential for challenging the status quo – both in Muslim majorities and minorities.

Both Sadek Hamid and Tahir Abbas discussed the importance of engagement at all levels. With the rising Muslim youth population, the idea held by the far-right that ‘Muslims are coming and taking over’ is a myth, and all academics agree that this is not a true reflection of reality. Yet it perpetuates racism and xenophobia, resulting in Islamophobia. Ultimately, if Islam is not a European religion, neither is Christianity and Judaism.

Towards the end, Tahir Abbas and Sadek Hamid discussed questions around how to deal with the problem of people who are drawn into terrorism in the name of Islam, and that within the Muslim community, despite being on the same side, many of us lack confidence and self-belief, and our egos impacts discussion with each other.