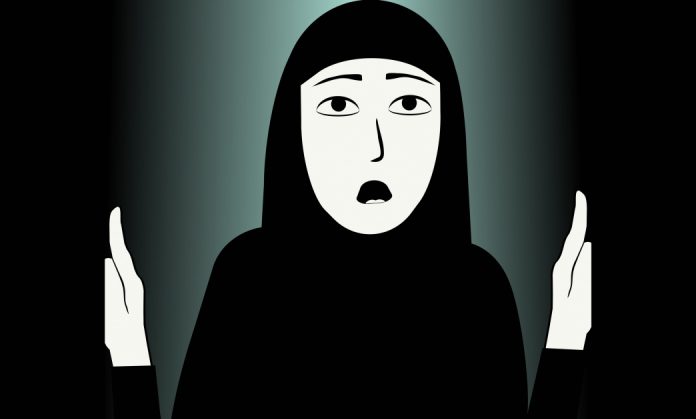 Faisal Bodi, from the Islamic Human Rights Commission, says a recent attack on his organisation by The Times newspaper is symptomatic of an Establishment that seeks to drive dissenting Muslim voices out of the public space.

It’s somewhat perverse that The Times should draw on George Orwell’s 1984 to calumniate the Islamic Human Rights Commission in its latest vilification campaign against our organisation.

If there’s anything that the author prophesied and warned against in his lifetime it was the erasure of the truth by the political class and its replacement by propaganda.

If Orwell were writing 1984 today, I have little doubt that his central character Winston Smith would rather enjoy revising past editions of The Times, not to rewrite history for the Party as he does in the novel, but in order to set the record straight on decades of disinformation.

In the xenophobic political zeitgeist engendered by first the War on Terror and now Brexit, Muslim organisations and individuals that dissent from the required government narrative have become easier targets for the mood music conductors on the Right.

We embody, very visibly, everything they loathe and rail against. We are in the large part, brown or black. We practise a faith that is not indigenous to these islands (unlike Christianity of course). Our multicultural, ethnically and religiously inclusive ethos is in opposition to their ethnocentric parochialism.

All these things stand in the way of their delusional desire to return to some imaginary Golden Age characterised by an even more imaginary tribal purity and monoculturalism.

The accusations levelled at IHRC are the same Islamophobic tropes regularly trotted out by The Times and its right-wing stable mates against all non-conformist Muslim civil society groups: We are in hock to a hostile foreign power, Iran; we create a divisive “us versus them” dichotomy; and we abuse democratic freedoms to undermine democracy itself.

Such smears are water off a duck’s back to organisations like ours. But it is what they represent that is worrying. They form part of a bigger Europe-wide trend in which political spaces are being shut down to dissenting groups.

Not surprisingly, organisations already operating at a disadvantage by virtue of their racially-enforced location on the margins of political decision-making, have felt the exclusionary currents more keenly. Those that do not conform to preconceived official strategies or desired policy outcomes have been discredited and delegitimised in a bid to force them out of the arena altogether.

The effect of this, we wrote in a recent briefing on this issue, has been to produce policies that are often counterproductive, discriminatory and which do not address the fundamental concerns, needs and aspirations of Britain’s approximately three million Muslims.

The conditionality and delegitimisation of Muslim participation is perhaps the key feature of this degrading isolation process. Muslim groups and individuals are expected to demonstrate an attachment to the prevailing orthodoxy to a degree not required of other communities.

Take academics Dr Sadek Hamid and Prof. Tahir Abbas, both of whom were commissioned this year by the Commission for Countering Extremism (CCE) to write papers on issues related to “extremism”. After having their abstracts accepted the pair learned last week that their submissions had not been selected for publication by the government agency.

Both Hamid and Abbas are recognised as authorities in their fields and between them have published and been published in dozens of publications. However, their apparent expertise counted for nothing in the face of a delegitimisation campaign instigated by The Times’ attack dog Andrew Gilligan.

Gilligan co-authored a piece last May accusing the pair of anti-Semitism for historical re-tweets of posts saying that Labour’s anti-Semitism crisis had been exaggerated for political capital by the pro-Israel lobby to target Labour leader Jeremy Corbyn. The charge sheet also included the pair’s decision to discuss a recent book they co-edited at the offices of the Islamic Human Rights Commission in April.

The CCE immediately condemned the retweets and distanced itself from the pair, asking them to undergo anti-Semitism training on pain of the implied threat that their commissions could be revoked. In the event, only Prof Abbas did so only to find that even this wasn’t enough and that his paper had “failed” the CCE’s peer review process.

Last week he told the Muslim online publication 5Pillars: “The question was never about our work or academic integrity. As I said, we were burned as soon as The Sunday Times article came out and the Commission had no choice but to add all the distance they could between us.”

While we have always considered the CCE as a vehicle for the same exclusionary process, this recent case does highlight the extent to which Muslims often see little choice but to opt into a rigged system simply to try and influence the debate.

As Dr Fahid Qurashi notes in “The Prevent strategy and the UK ‘war on terror’: embedding infrastructures of surveillance in Muslim communities”(2018), “For Muslim organisations, access to new sources of funding was a major factor that informed their decision to engage with local authorities on the Prevent agenda. The funding from the Prevent stream provided a much needed income, and engaging with the Prevent agenda also raised the profile of an organisation.”

Making support for often struggling CSOs conditional on their support for government objectives undermines the fundamental aim of holding officials’ feet to the fire and conveying the concerns of the communities/interests they represent. It also risks prejudicing any government output by turning consultations into a Home Office echo chamber.

Then comes the harassment and threats of violence. In the charities sector Muslim organisations are routinely subjected to disproportionately levels of intrusive oversight bordering on harassment.

A 2014 investigation by the think-tank Claystone revealed that 38% of all disclosed investigations initiated between 1st January 2013 and 23rd April 2014 by the Charity Commission were against Muslim charities. The sheer disproportionality of this is put in perspective by the fact that Muslims account for just 5% of the UK population.

Events organised by Muslim groups have come under increasing threat. Police have stood by and watched while our co-organised annual Al-Quds Day march has been targeted by an alliance of Zionist and far-right activists hurling obscene abuse and physical threats at participants.

To add insult to injury instead of prosecuting the perpetrators the authorities have sought to demonise the message and messengers.

In 2014 we were forced to relocate our inaugural Islamophobia conference after Birkbeck College cancelled the event at the eleventh hour. Although far-right groups had threatened to picket the event in a type of direct intimidatory action that has become increasingly common against Muslim groups, the College’s motives seemed to have more to do with using the situation as a means of introducing anti-terrorism officials administering the Prevent programme into the mix rather than treating the threat as a law and order issue.

Ironically the theme of that conference was the Prevent anti-terror agenda, something which now drives British policy towards its Muslim inhabitants and in itself does more than anything else to institutionalise their exclusion.

Prevent will feature again in this year’s Islamophobia Conference on 14 December which focusses on the ever-decreasing spaces within which to have political conversations in the UK and beyond. We encourage everyone concerned with these issues to attend and take part in the conversations.