Home
Comment
Defining extremism: What does 2019 hold for British Muslims? 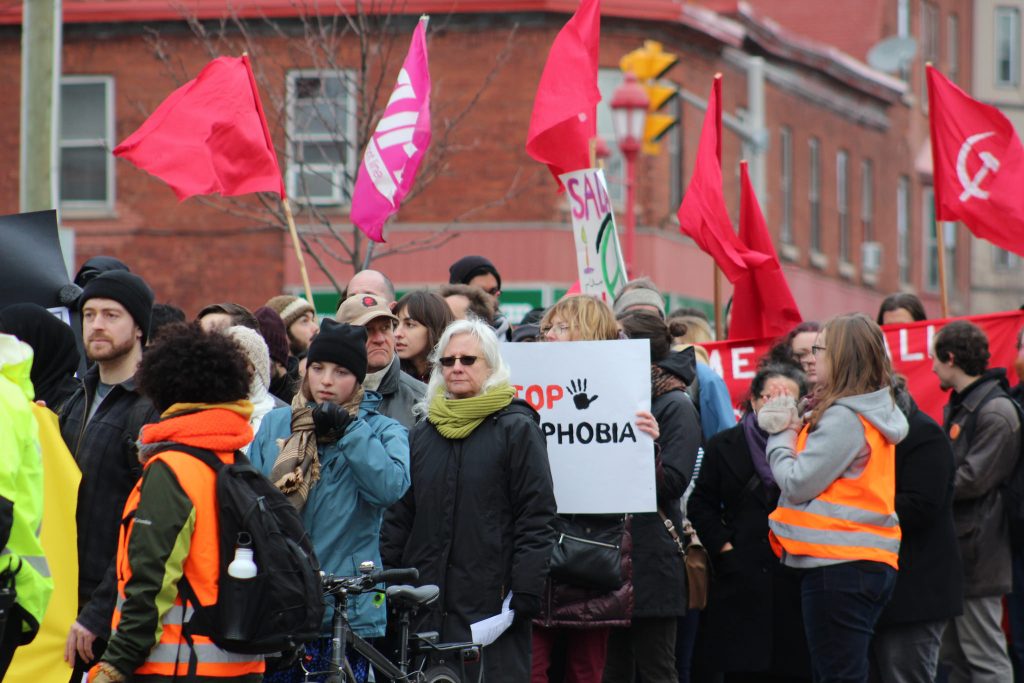 Institutionalised Islamophobia has contributed to hate crimes, discrimination and the exclusion of Muslims from political spaces, argues Arzu Merali

Where to start or finish a year’s overview of Islamophobia in the UK? We can focus on the comments of various public figures, not least MP Boris Johnson, who was exonerated of any wrongdoing for his Islamophobic comments about women wearing the niqab by a Tory party inquiry.

Then there was the farce around Oftsed Chief Inspector Amanda Spielman’s attacks on Muslim girls of a certain age wearing the hijab – not to mention the endless attacks on Muslim organisations by the neo-con media pressing for their criminalisation, not just demonisation, as extremists.

This drip feed of institutional Islamophobia has not only provoked a well-documented spike in hate crimes and discrimination against Muslims, but has fuelled their marginalisation and expulsion from political spaces. And the enterprise looks set to snowball in the coming months, with further attempts to define extremism by the state.

This has arguably been business as usual, but in simply listing events and analysing how much worse things are, we often overlook the boost this gives to more legal and policy attacks on Muslims and Islam. Islamophobia as an instrument of the state is used, like other forms of racism, to undermine the sense of, or simply the aspirations towards, citizenship among those targeted.

While the temperance of the response presented by so much of Muslim civil society – in the name of the true Islamic values of dignity and humility – expects Muslims to adhere to their own (presumed) code of ethics, it also expects deliverance from a state not interested in rewarding piety, but instead using the trope of religiosity to undermine any expectation of acceptance.

From this comes the figure of the “Impossible Muslim”. They can never really be a citizen in the view of the state and the majority it supposedly speaks for, nor can they as Muslims ever attain the citizenship they crave.

We can use the top and tail of the year – the Spielman and Johnson episodes – to see how this works. The Impossible Muslim looms large in these scenarios as the carrot that the state holds out for Muslims – a promise of integration and inclusion, if only Muslims sheer themselves of their excesses. But those “excesses”, ie “extremism”, are constant and ever-changing in the narrative of the state.

As the false “Trojan horse” scandal showed us back in 2014, Muslim parents and their agency and ability to organise in the same vein as any other citizen, is a non-starter as far as government policy goes. The snowball effects from the Trojan hoax – where Muslim parents, teachers and governors were demonised for raising the standards for pupils in Muslim-majority schools – finds us in a scenario where Spielman, in the name of muscular liberalism, can declare that Muslim girls under eight years of age should not be allowed to wear a hijab.

The power of naming

A campaign by parents to have the decision reversed, which was ultimately successful, was further caricatured by Spielman and parts of the press as extremist. Muslim parents and the organisations that supported them fell afoul not of a definition of extremism, which is still in the offing, but of the power to be named as such.

That power of naming, in the hands of Ofsted, the media and those parts of the educational and political establishments on board with the proposal, is not something that can be appealed to in the name of reason, logic or even rights. In another scenario or at another time, the excesses of the school in question and the racism of Spielman’s interventions would have led, at the very least, to a humbling apology and perhaps even a resignation. Instead, we have continued on this track, with this level of Islamophobia normalised and the net of what may be called “extremism” widened further.

Many years ago, on the British Muslims’ Expectations of the Government project funded by the Joseph Rowntree Charitable Trust, I was one of several people charged with analysing and writing up survey findings. Time and again, those asked in open-ended questions whether they had negative, prejudiced, hateful or discriminatory experiences replied “no” – but then went on to elaborate on how bus drivers often closed the doors and pulled away when they were about to get on the bus, or how people called them racist names, or how teachers assumed lower intellect or made derogatory comments about their religion and culture, and so on.

It seemed that the bar for a basic negative experience was any and all of the above, plus physical violence. The emotional violence and violation of human dignity that they had recounted was considered normal – not for everyone, but for them as Muslims in British society. This is what they had programmed themselves, or been programmed, to accept after years of said experience, but also a media, political, legal and educational discourse that continually defines outliers from citizenship.

Muslims are not the sole outliers, but have arguably been the main group defined as such. Scroll forward to 2018, and this acceptance of second- or even third-class citizenship persists in the psyche of Muslim civil society at the institutional level.

Whether a sincerely held belief or simply a defeatist realpolitik, this acceptance of a status of “less than” does no-one, least of all Muslims, any favours. It further accelerates the climate within which laws have been enacted to criminalise Muslimness. Many articles have been written to critique Prevent and its subsequent enshrining into law through the Counter Terrorism and Security Act 2015.

And after several years of trying and failing, the government is still trying to push ahead with a counter-extremism law that would criminalise groups believed to be “extremist”. The process has been delayed because it has been impossible to define, for the purposes of law, what an extremist or extremism might be.

It seems that in an environment in which everything Muslim is generically labelled as such, we may still find ourselves in a situation in 2019 where the government will list behaviours or beliefs that are considered unacceptable – and what has gone before has prepared the way for this.

When Johnson was exonerated for his comments regarding Muslim women wearing the niqab, it was clearly a travesty of justice. Even more pertinent to what is possibly to come, is the fact that he was exonerated on the grounds of satire and the inadvisability of curtailing free speech. When Muslims have for years been subject to laws and policies that actually curtail their free speech, and have been silenced and self-censored by a combination of fear, law and mass law enforcement targeted at them, this is more than simply a double standard.

The possibilities of dissent

The finding for Johnson was a declaration of the necessity for the powerful to put the less powerful in their place. To even critique Johnson in this scenario – just like parents organising to reverse a school ban on the hijab, or to raise standards at their schools, or to campaign against Islamophobia – is deemed a sign of extremism. In this environment, a failing attempt to define “extremism” is of no concern, when the overriding moral imperative of the state is the need to control a Muslim polity that can never be anything other than extreme.

Back in the 2000s, the New Labour government signalled this inevitability with its decrying, via Tony Blair, of beliefs and behaviours deemed unacceptable. This included questioning the legitimacy of Israel, believing homosexuality to be a sin and opposing wars in Iraq and Afghanistan, or British foreign policy and military expeditions more generally.

So many of the organisations vocal in their opposition to the descent of the UK into further militarism, austerity and securitisation have fallen afoul of the claims of extremism, and their ability to make important critiques has been curtailed as a result. A new law criminalising them is no longer an impossibility for a state that has used Islamophobia to curb any dissent. It is time for Muslims, and those interested in justice for all, to realise the possibilities of dissent in readjusting the powerlessness our current system has fuelled.

– Arzu Merali is a writer and researcher based in London. She is one of the cofounders of the Islamic Human Rights Commission (https://www.ihrc.org.uk) and coauthored its recent study “Environment of Hate: The New Normal for Muslims in the UK” with Saied Reza Ameli.